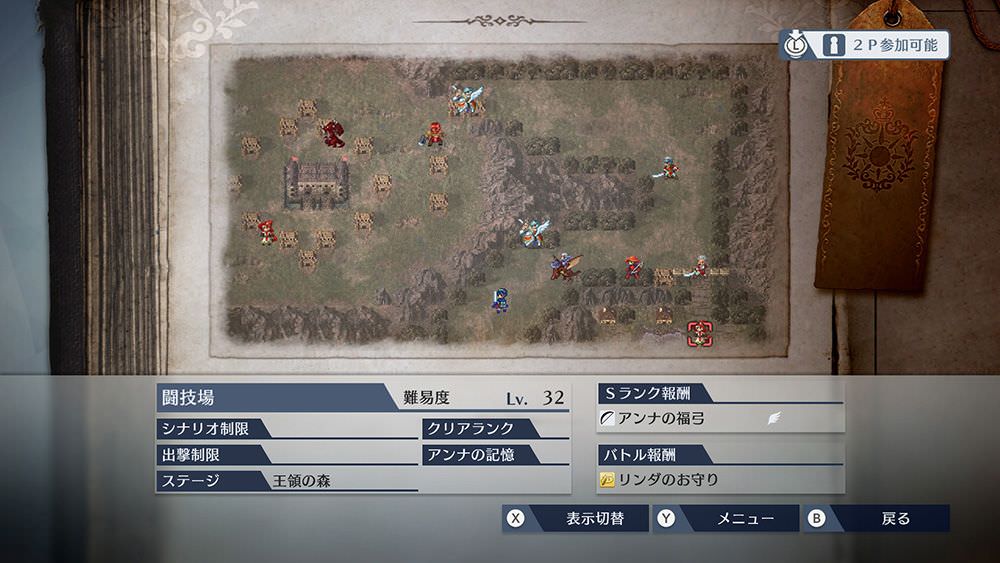 Chapter script
[view]
“Tired from many long battles, Marth and the League arrived at last in Archanea. On their way to the royal palace, Marth learns of attacks on Knorda, and so he heads to Knorda Market to rescue them.”

Knorda Market is the third History Mode map of the Fire Emblem Warriors Shadow Dragon DLC pack. It takes place in Akaneia and is loosely based on the chapter of the same name in Fire Emblem: Shadow Dragon. This map focuses on Linde.

After defeating the Lv. 32 Mage Challenge, the Mage is revealed to be Linde. After recruiting her, reinforcements appear