“Saving your family but leaving the rest of your people to the mercy of the Empire? Such selfishness would be shameful to us knights of Razelia. Look, Arkis. She's my sister. I worry about her every day. But, first and foremost, we are knights of Razelia. Right now, all we can do is have faith in Lord Runan...”
—Kreiss, in a conversation with Arkis

Kreiss (クライス Kuraisu) is a playable character from TearRing Saga: Utna Heroes Saga. He is one of the knights of Razelia accompanying Runan. He is also the older brother of Rina, and the partner of her fiancé, Arkis.

When Razelia falls to the reborn Zoa Empire, Kreiss escapes alongside Runan and several of the other knights. Early in the game, he attempts to calm Arkis down when the latter doubts Runan's cause out of concern for Rina. If both he and Arkis are sent with Holmes's army after the first route split, they can meet Leteena at Verge.

If the aforementioned encounter with Leteena occurred, Kreiss can visit her in Verge at certain points in the game. Although she initially thinks that he is acting out of pity, his actions are driven by his romantic feelings for her. During his second visit, he brings a Healing Drop, believing that it could be used to cure Leteena's blindness. When he visits for the third time, he leaves a gift of flowers and an Amulet for Leteena, which causes her to realize that she has been misunderstood him.

During his fourth visit to Verge, Kreiss learns from Elette that Leteena has left alone to search for him. If he is sent with Runan's army after the second route split, he can reunite with Leteena in Map 25. To do this, he must defeat Marco and thereafter visit the bottom left village.

Later in the game, Leteena asks Kreiss to abandon the army with her because she does not wish for him to die like Marco. If he refuses, she leaves alone. If he agrees while Ezekiel is not in either of the player's armies, they leave together. However, if Ezekiel is present when Kreiss agrees, Leteena is convinced by her brother to stay.

In the ending, Kreiss and Arkis are assigned to be the bodyguards of Enteh. He will also be accompanied by Leteena if she was recruited.

Unlike Arkis, Kreiss is an honorable man with a calm and serious personality. He values his loyalty to Razelia over his loved ones, although he can be convinced to abandon his knighthood for Leteena. He considers Arkis's willingness to sacrifice civilians for the safety of his family to be selfish and shameful to knights such as themselves. Although he often worries about Rina, he considers her safety to be less important than his knighthood. He also thinks that he and Arkis should not enjoy eating food because people in Razelia are most likely starving.

Automatically from the start of Map 1.

Kreiss first joins as an average unit whose performance is about equal to Arkis. He specializes in Strength and Skill, so he will be able to land powerful hits while having a low chance to double-attack or dodge. Like Arkis, he is outclassed by many of the other horseback units in the game, several of which join only a few chapters later. His promotion to Commando Knight is quite average in comparison to Gold Knight, Paladin, and Black Knight, which further increases his issues with being outclassed and competition for a Knight Proof. However, it should be noted that many of the late chapters take place indoors, which will give him a niche in the army if he turns out well considering his promotion. When he is trained to a high level, he will still be a rather average fighter due to his low Agility. However, if the player is seeking to activate the Leteena Event, it is recommended to use him. 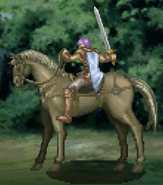 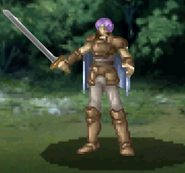 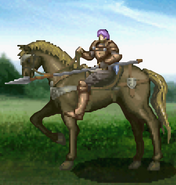 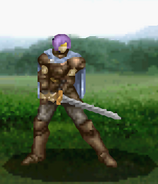