Legend of the Lake

Legend of the Lake 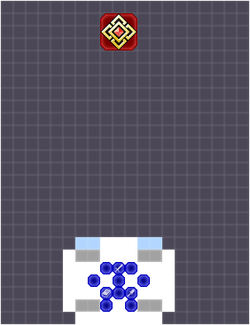 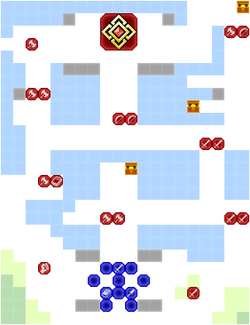 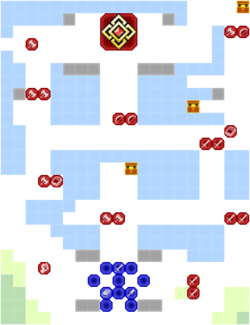 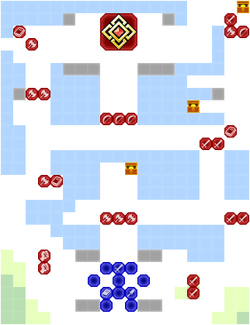 Byleth, Linhardt, Leonie, and 8 others

Chapter script
[view]
“Long story short, there’s a holy weapon hidden in Lake Teutates that you can use even without a Crest…”
—Linhardt to Leonie

Legend of the Lake is Leonie and Linhardt's Paralogue Chapter in Fire Emblem: Three Houses. This chapter takes place at Lake Teutates, and is available on all routes during Part 2 after completing Chapter 15. On the Crimson Flower Route, if Seteth and Flayn are killed before this Paralogue is completed, it will become unavailable. This is a Fog of War chapter.

Byleth and Linhardt come across Leonie mending her bag, which leads them to learn that as a commoner she was forced to borrow money from her village to pay for her place at the Officers Academy. This leads to Linhardt to muse on the difference between nobility and commoners, but also causes him to remember a legend about a weapon hidden in Lake Teutates that can be used by someone without a Crest. Leonie begs Byleth and Linhardt to help her go and find the weapon.

If the Crimson Flower route is chosen, Linhardt advises Byleth to not tell Edelgard or Hubert about the mission, as the legend is from the Church of Seiros.

Upon arriving at Lake Teutates, Leonie takes note of the large turtle-like beast called the Immovable sitting at the main pedestal. Suddenly, it speaks, much to Leonie's surprise. Leonie then asks the Immovable about the weapon, and he states that if they wish to acquire it, they must overcome his trial by reaching and defeating him. While Linhardt is reluctant to participate in said trial, Leonie doesn't back down from his challenge.

Once they reach the Immovable and successfully defeat him, he will congratulate them for their skills and bestows upon them his sacred weapon: the holy bow of Saint Indech: the Inexhaustible.

When they return to the monastery, Leonie is fascinated by the weapon and thanks Byleth and Linhardt for their help. Even so, despite having worked hard to acquire the weapon, she still feels uncertain about her worthiness to wield something as powerful as this, and decides to give it to Byleth for the time being. She will thank them again and then leave.

All routes, only available if Linhardt and Leonie have been recruited before Part II. Paralogue available until 8/30. If, when playing on Crimson Flower route the player kills Seteth and Flayn during Chapter 15, the paralogue instantly expires. This can be avoided by defeating either of the two with Byleth, which causes them to retreat, instead of being killed.

Byleth, Linhardt, or Leonie fall in battle. If Dimitri or Claude are deployed in Classic Mode, their fall is included in the defeat condition.

As the battle continues, a series of extra Phantom Soldiers will spawn at three different places on the battlefield. These reinforcements are represented with an axe, sword and lance icon, respectively.

These enemies will continue to spawn indefinitely by following this three-turn cycle:

Reinforcements can be blocked by placing an allied unit on the spawn tile.

As there are three chests containing items in this level, take a unit with the Lockpick ability or stock up on Chest Keys. Initially the only enemy visible is The Immovable as the battlefield is covered in fog.

The best strategy is to utilize a turtle-like formation, keeping your healers and weaker units protected. This is because many Wyvern Riders appear as reinforcements, and those can ignore the pathways and circle above the water to attack units that would otherwise be protected from enemy infantry units. If Linhardt and/or Leonie are weak due to lack of use, this strategy is even more recommended. Despite the game's warning, with enough healers and strong enough attackers, there is no need to rush, as you can merely heal every damaged unit every turn, and not enough reinforcements are summoned to be too troubling.

Due to his archetype following a magic class, Linhardt will most likely have less mobility than most units (especially Leonie, whose archetype follows a mounted class). Thus, it is extremely important to make sure he's not left behind defenseless, or strong enemies like Swordmasters and Snipers might come from the fog and kill him immediately. Keeping a cavalry unit that can run between him and the main group is a good way to ensure his safety.

When you make it to The Immovable, it's of paramount importance to make sure he targets your tankiest unit (utilize a Gambit at the end of the turn to draw his attention). The more health bars you deplete, the stronger he will get, and his final attacks can deal a lot of damage, possibly one-shotting more fragile units like archers and mages. Breaking his armor as soon as possible should be the number one priority, as it will reduce his tankiness by quite a bit, and render him useless for a turn, allowing for your units with less defense to damage him safely. Gambits like Wave Attack, Blaze, and Resonant Lightning, which affect a wide area, can be used to shatter multiple shields at once. Make sure you have them equipped before initiating the battle.

Depending on when you get to The Immovable, certain non-boss enemies will be there. This includes Warriors and Wyvern Riders. If necessary, sacrifice some units to see where they are, and then use Divine Pulse to block them from reaching anyone they can kill (predicting who they will attack based on where they are in the fog). It is important to defeat these due to the fact that they occupy space near the boss (thus not allowing your melee units to attack) and their strength.

Being careful with your unit positioning is the best way to ensure success, and utilizing units that can survive for long like Fortress Knights and Assassins allows you to draw enemies from the fog and kill them. Be sure that you are careful of your positioning once you get to the boss, as the pathway's limited width may cause some units to be unable to reach the final platform where The Immovable resides.