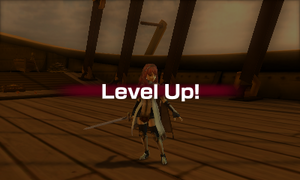 Level (レベル) is a measure of the proficiency a character has in their current class.

In Fire Emblem Fates the maximum level is 20 for non-promoted classes and 99 for promoted (normally 20 but Eternal Seals from a level 3 Rod/Staff Shop for 12,000G can raise the character's maximum level by 5 each time).

Level increases when a character attains 100 Experience Points. This triggers an event known as a Level Up. Aside from characters with growths of 100% or greater, Level is the only stat guaranteed to rise on Level Up (except in Fire Emblem: Radiant Dawn, where growths are programmed so you get at least one every time you level up).

There is an item called Juna Fruit in Fire Emblem: The Sacred Stones which can be used to decrease a unit's level. This item is not available in-game via normal means, however, and can only be acquired through cheating.

In the Game Boy Advance games, there is a pseudo-fail-safe. If a unit gets an empty level the game will re-roll up to three times to get them at least one stat. If the unit already has one stat capped this does not occur. This makes empty levels more common when a unit has capped a stat.

Most characters can only promote once they are above a certain Level. In most games, the Level required is 10. Genealogy of the Holy War on the other hand allows promotion from Level 20. In Fire Emblem: Path of Radiance and Fire Emblem: Radiant Dawn, unpromoted units can reach level 21 which will trigger a class change to the next tier. The unit's level then resets to 1.

A level up in Shadow Dragon and the Blade of Light.

A level up in Gaiden.

A level up in Mystery of the Emblem.

A level up in TearRing Saga.

A level up in Radiant Dawn.

A level up Stats in Radiant Dawn.

A perfect level up in Radiant Dawn.

A level up in Awakening. 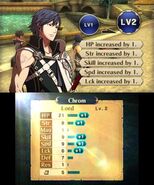 A level up as seen in Awakening.

A level up in Fates. 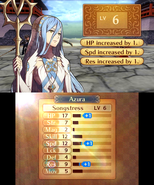 A level up Stats in Fates. 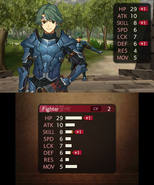