Macarath is a town in southern Nohr known for its varied entertainment, gambling, and medicine. One of King Garon's personal villas, Palace Macarath, is located in the town.

Takumi is taken to Palace Macarath in Chapter 16 after contracting a deadly disease from the Wolfskin. The Hoshidans have no choice but to take him there, as Palace Macarath is the nearest place with an apothecary that houses the antidote herbs for Takumi's survival.

In Chapter 12, Elise falls ill and is taken to Macarath so that she can survive. They find that Macarath is already occupied by Hoshido. Ryoma refuses to let the Nohrians have the medicine for Elise unless Corrin joins him, but Avatar refuses and they battle for the medicine. 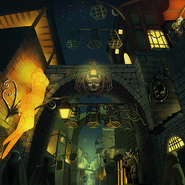 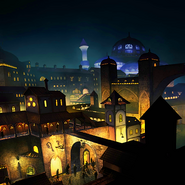