Ben Lepley
[view]
“As expected, even one such as I has been defeated... I've got to hand it to you...”
—Magnus' defeat quote in Gaiden

Magnus (マグナム Magunamu, Magnam in the Japanese version) is an lord serving The Rigelian Empire.

Not much is known about Magnus's personality owing to his minor involvement with the game's plot. Several aspects based on the lines he speaks can be assumed on his sort of character. For one, his dialog in battle assumes he does not hold any malice towards the Deliverance, and his actions are only initiated due to his loyalty to emperor, Rudolf. A trait he shares with Xaizor, another Rigelian soldier fought in Alm's route. When defeated in battle, he compliments his enemy on their skill of combat. 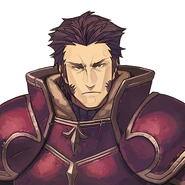 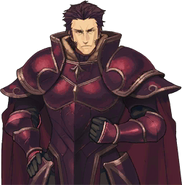