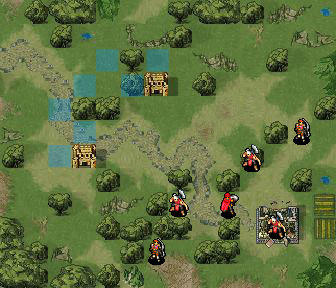 In this chapter, the player controls the 7th Platoon who is lost within a forest near the Altean Castle and they are helping people attacked by bandits.

After defeating the boss, selecting "No" to Katarina's question will result in Ogma becoming the next chapter boss and recruitable character. Alternatively, "Yes" will result in Draug instead.

Drawing out units from near the end of the collective enemy attack and move range will make this map more manageable. Merric will arrive from the left of the map on turn 2 as a usable character.