Chapter 3: Pirates Aground (Path of Radiance)

Petulant Knight
Left her position in Begnion's Holy Guard for personal reasons, choosing to travel the land in search of her missing brother, Makalov. Appears in Fire Emblem: Path of Radiance. 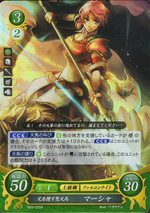 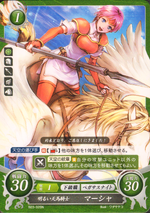 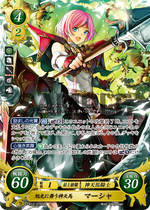 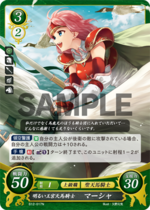 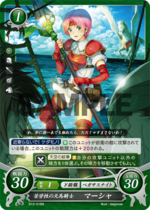 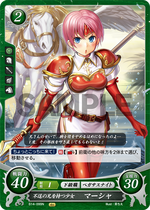 Marcia's Japanese name (マーシャ) romanizes to Masha, a one-to-one match for a Russian nickname in both spelling and pronounciation. Given that her brother has a Russian name, Masha may have been the intended name for this character, especially considering that going by a nickname matches her forward and friendly personality.