Ben Lepley
[view]
Mueller is an enemy boss character from Fire Emblem Gaiden. He is a soldier of Rigel, that defends Rigel's last line of defense, the last bastion. In Gaiden, Mueller lacks encounter and defeat dialogue.

“I cannot allow you any closer to His Excellency the emperor. Prepare yourself!”
—Mueller's battle quote
“Your Excellency... Forgive me...”
—Mueller's defeat quote 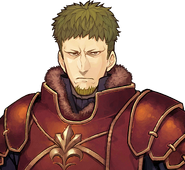 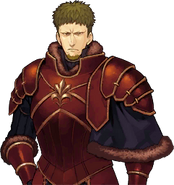