For the character of the same name, see here.

Nifl (ニフル王国, Nifuru Ōkoku lit. Kingdom of Nifl in the Japanese version) is the name of the Kingdom of the Ice in Fire Emblem Heroes. It is the homeland of the Ice Princesses Fjorm, Ylgr and Gunnthrá, as well as of prince Hríd. It is said to be protected by the Ice Dragon Nifl.

Surrounded by constant snow, Nifl is ruled by monarchy through an unnamed queen. While Nifl neighbored the Fire Kingdom of Múspell, the two fought against each other, until the current king, Surtr overwhelmed Nifl and killed the queen, leading to the destruction of the kingdom and the four royals being scattered. Princess Fjorm took the legendary lance Leiptr and attempted to exact vengeance upon Surtr and failed. She was miraculous enough to be spared and left on the wayside to die. Gunnthrá, eldest princess of Nifl, goes into hiding and attempts to link with someone for help, eventually contacting the Kiran through a dream, asking them to rescue her younger sister, Fjorm. Thanks to her plea, Fjorm is discovered by the Order of Heroes and rescued.

Pressured by the Múspell army, Fjorm recalls a legend in Nifl that grants the power to dispell the Múspellflame protecting Surtr. The Order of Heroes make their way to Snjárhof where they are met by Gunnthrá, ambushed by Surtr and on the brink of death. Before she dies, she gives Kiran the Snjarsteinn, which when used with the Breidablik, will remove the king's protection.

With the two relics combined, the Rite of Frost is enacted, removing Surtr's protection and thanks to the combined might of Askr and Nifl, the Flame Emperor is killed. However, the Rite of Frost requires a significant sacrifice by the person who enacts the rite. As Fjorm was the one to enact it, she has sacrificed a significant portion of her lifespan and will only live for a few more years after the end of the war.

According to Fjorm, it is Nifl custom for any person of the kingdom to repay any debt to a person who rescues them from the snow.

In Norse Mythology, Niflheim is the name of one of the Nine Worlds and considered one of two primordial realms alongside Muspelheim. It is said to be a realm of ice, cold, and frost. Through it, the rivers of Élivágar flow.

The ice palace of Nifl, as seen in the Book II trailer.

The realm of Nifl.

The ice palace of Nifl, as seen from a distance in-game.

The Temple of the Rite of Frost. 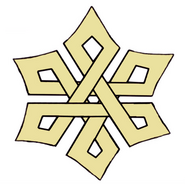