For the character called Nina in fan translations, see Nyna.

In Heirs of Fate, Nina serves as Forrest's retainer as well as Ophelia, mimicking their fathers serving Leo.

Her two promotion options are the Adventurer and Bow Knight classes. As mentioned above, her decent positive Magic and Resistance modifiers and her strong Speed growths compliment the class both as a reliable attacker, especially with the Shining Bow with the right mother if her Strength is less than her Magic, and a good healer, leading to a good supporting unit with offensive options. Her two skills are Lucky Seven, improving her Hit and Avoid for the first seven turns of a map, great for some Turn sensitive chapter maps in Conquest, and Pass for flanking enemy units. Bow Knight forgoes her supportive role, going for a more pure offensive role, adding swords to her repertoire. She learns Rally Skill for supportive options, which can assist the ally males next to her to activate her Personal Skill and Shurikenbreaker to help eliminate Shuriken users, especially in Conquest who has an extensive number of Master Ninjas in later chapters.

Nina's secondary class is the Dark Mage class. Given her naturally positive Magic, Speed, and Resistance, she operates very well in the class. Nyx and Elise are particularly good mothers to get the most potent damage output from her. Otherwise, a few skills can be amassed. Dark Mage provides Heartseeker, reducing avoid against adjacent enemies, though that is not applicable when using a Bow, and Malefic Aura which increases magic damage to enemy units which goes well if she uses a Shining Bow. Sorcerer provides Vengeance which adds half the damage she has sustained to her attack and Bowbreaker, making her an Anti-Archer unit, perfect for Birthright where they are prevalent. Dark Knight provides Seal Magic to cripple magic users for allies to engage safely against Mages and Lifetaker as a reliable health regeneration skill if she can kill an enemy unit. 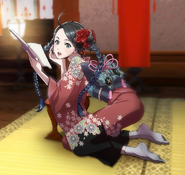 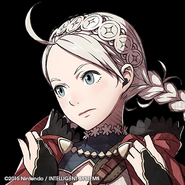 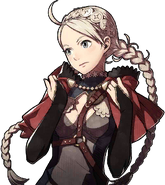 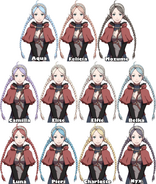 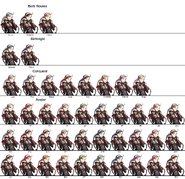