The Nohr Noble is the Nohrian promotion of the Nohr Prince/Princess class in Fire Emblem Fates. 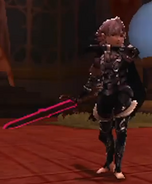 Map sprite of the female Corrin as a Nohr Noble. 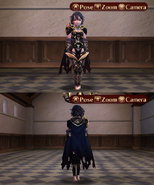