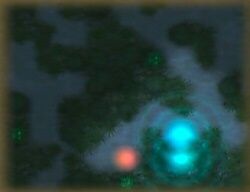 Chapter script
[view]
“Micaiah and her small band of fighters knowingly walk into a trap to save condemned Daein prisoners. Even without the benefit of Izuka's vast information network, news of Micaiah's heroism in Shifu Swamp spreads like wildfire across Daein. The once-hopeless citizens of Daein dub her the Priestess of Dawn and find their spirits restored. In their troubled hearts, they see in her nothing less than the promise of salvation. Throughout Daein, the people rise as one against the brutality of their oppressors. Begnion's occupying forces cannot deal with open war on so many fronts. General Jarod redeploys his men to key locations to better defend the capital city. Jarod's forces still outnumber those of the Daein liberators, and he has hardened his defenses in hopes of holding off Micaiah's army. The liberation forces fight with a fury not to be denied, however, and the occupation army begins to lose its will to fight. Breaking through enemy lines again and again, Micaiah's forces gain vital ground and momentum. Despite the anger Micaiah feels toward Izuka for his treatment of their laguz allies, she continues to lead the army in its lightning-quick advance. Nevassa is now mere days away.”
—Opening Narration

One Survives (闇よりの生還者 Yamiyori no Seikansha) is Chapter 9 of Part 1 in Fire Emblem: Radiant Dawn. It is the penultimate chapter of part 1. During the scene beforehand, a party is being thrown celebrating Jarod's fall and what the Dawn Brigade thought was the end of the war. Micaiah walks out on the party and into the woods alone, where she encounters Jarod. Jarod is trying to make a "last stand" and tries to kill Micaiah, for she is Daein's only hope. But before Jarod gets a chance to attack, the Black Knight teleports in front of Micaiah and protects her. Jarod and his crew run off into the fog and battle commences.

One Survives is also the first battle in Radiant Dawn to feature the Fog of War, where units' vision is hindered and units can only see so many squares in front of them. The Black Knight must protect Micaiah from oncoming attackers, while trying to find Jarod amongst the fog. The stage is won by defeating the boss. Jarod will only spawn when all of his soldiers are killed. It is notable that using the Rescue command on Micaiah is not possible.