[view]
Pavise, also referred to as Cancel, is a skill introduced in Fire Emblem: Genealogy of the Holy War.

Typically utilized by Generals, it eliminates or at least reduces damage received by the user.

A pavise is a type of large shield designed to protect the entire body, used primarily by archers and crossbowmen during the Middle Ages.

Great Shield, as it appears in the first series of the TCG as a Surprise Card.

Great Shield, as it appears in the third series of the TCG as a Surprise Card. 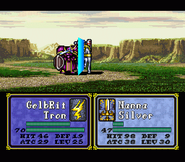 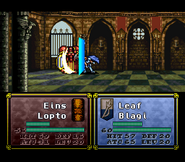