Chapter script
[view]
Preface (破章, Hashō) is the opening chapter of Book I of Fire Emblem Heroes, consisting of two parts which introduce the basic commands and gameplay of the game. This chapter is only available for the first time the game is launched.

The names of the two parts in the Preface are I summon thee (我は汝を召喚す, Ware wa Nanji o Shōkan su), and The Legend (伝承に曰く, Denshō ni Iwaki lit. The Source of the Legend) 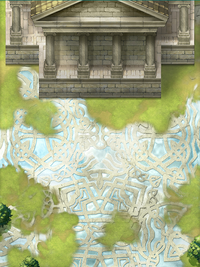 The story begins as the player avatar character Kiran is summoned into a strange world, with Anna standing before them. Quickly getting over her surprise at the summoning ritual having worked, she proceeds to greet Kiran to her world, but stops briefly to wonder if they're is actually the prophesied "Great Hero" of legend. Before she can explain to Kiran where they are, though, an Axe Fighter from the Emblian Empire shows up, and tries to attack. The Axe Fighter proves to be no match for Anna, however, and is quickly dispatched.

After the battle is won, Anna introduces herself as commander of the Order of Heroes, and explains that the Order fights for the freedom of the Heroes of various worlds such as those of Awakening and Birthright, in opposition to the Emblian Empire, who seek to enslave the Heroes instead. She states that Embla are planning to invade her country of Askr, and she and Kian hurry onwards to stop them. 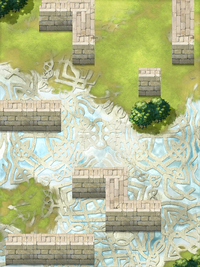 Anna shows Kiran the Breidablik, the divine relic she used to summon them to her world. She explains that, according to legend, holding Breidablik high will summon the Great Hero, who will be able to wield it. Anna did so, and summoned them as a result. She grants Breidablik to Kiran, hoping that they will figure out how to use it.

Just then, another group of Emblian soldiers attack. Anna orders Kiran to escape while she fights them off, but just then a bright light shines from Breidablik. The archer Takumi emerges from the light, having been summoned by the relic. Together with the freshly summoned Takumi, Anna is able to defeat the latest batch of Emblian soldiers. She thanks Kiran for summoning Takumi to help, and formally welcomes them to the Order of Heroes.