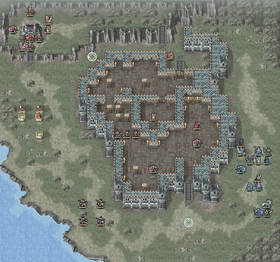 Chapter script
[view]
“Not all of the League's soldiers took Catria of the Whitewings at her word. Some insisted her plea was a ruse, a trap concocted by Princess Minerva herself. Marth doubted that, though; he had seen the woman in Lefcandith Valley, and she did not strike him as a sort of conniving menace his followers feared. As the brunt of Grust's might drew closer, Marth led the League to Castle Deil, determined to attack the citadel and rescue the young Medonian princess, Maria.”
—Opening Narration in Shadow Dragon

Princess Minerva is Chapter 10 of Fire Emblem: Shadow Dragon. You will find the first Master Seal in this chapter, as well as finally recruiting Minerva and her sister Maria. 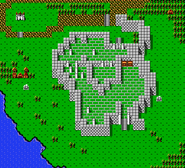