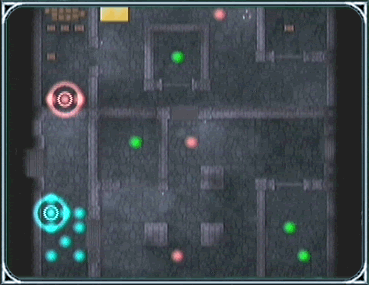 Lethe and Mordecai (automatically from start)

Volke (must say yes when asked to hire)

Chapter script
[view]
“After his father's death places the mantle of leadership on his young shoulders, Ike agrees to continue as Elincia's escort. The company heads now for the Begnion Empire, the oldest and largest nation on the continent of Tellius. As Crimea is a former fiefdom of Begnion, the princess turns to them for succor, much as a scared child returns to a parent. Many in Tellius believe that without Begnion's might and influence, Crimea's reconstruction will be nigh impossible. However, Begnion and Gallia have no diplomatic ties and are further separated by an impassable mountain range. So the company is forced to return to Crimea, where they hope to locate a ship to carry them to Begnion. Accompanied by Ranulf, the warrior who has volunteered to guide them, the company leaves Castle Gallia behind. With heavy hearts and wounded spirits, they begin the long march back to Crimea.”
—Opening Narration

Prisoner Release is Chapter 10 of Fire Emblem: Path of Radiance.

There are two ways to complete this level, go into stealth and avoid getting seen by the patrolling guards or just go through killing the enemy units like normal. The first of the two options gives a lot of bonus experience, while the second gives about the same amount of experience, but in the form of battles instead.

Break open the jail cells and talk to the units with the appropriate character (Oscar for Kieran and Ike for the rest). All of them except Sephiran will turn into Ally Units.

If they survive the chapter then they will be recruited next chapter, even if they are not spoken to; all that is needed is to open their doors.

These appear if you get spotted by the enemies on patrol

For optimal bonus experience, you must go throughout the whole chapter without being spotted at all. In order to avoid being spotted and triggering enemy reinforcements, you must stay out of the attacking range of the moving guards. You can still open the doors and recruit Kierian, Brom and Nephenee so long as you immediately rescue them or Order them to stay away from the moving guards. Fighting the boss will not trigger the reinforcements but neither will it add to the total bonus experience for the map.

For Recruits and Battle Experience

It is strongly suggested to split your team into two groups. The first group should consist of Ike, Oscar, Volke, a healer, and a mage. This group will be running around the stage, recruiting new members and holding off the main group of enemy reinforcements.

The second group should go all the way up from where the starting position is. Have the other sage and the other healer be protected by the other team members. This team will be defeating enemies that come in from the staircase, then joining up with the other group to defeat the boss and escape.

It is unnecessary to talk to any of the characters you wish to recruit. All you need to do is open the doors.

However on Japan-only Maniac mode, each of the three characters must also escape the map. For Brom and Nephenee, you can Rescue them then escape with rescuing units, while Kieran has to be spoken to with Oscar to make him a Partner Unit, and then Directed towards the escape point.