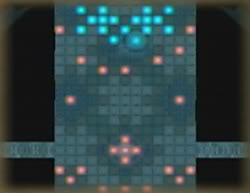 Rebirth is the final chapter of Fire Emblem: Radiant Dawn, which is split into five parts. It takes place in the Tower of Guidance at the center of Begnion. In part 4, you take on Sephiran, Duke of Persis.

Sephiran appears, and Empress Sanaki is happy to see him unharmed, but Ike is suspicious. It is revealed that Sephiran is actually Lehran of the Heron tribe, the representative of the bird laguz before Ashera, creator of the medallion that housed Yune, and father of the first Branded and all of Begnion's royal lineage through his marriage with Altina. Sanaki asks him why he embroiled the continent in war and tried to bring down Ashera's judgement upon everything, and he says that it was the only way he could finally find death, having lived for far too long and unable to just pass on. If it is the second playthrough or later, another of Lehran's flashbacks (as they are now revealed to be) shows that he is the one that erased Ike's memories of his father, Greil, going mad upon touching the medallion and killing his mother, Elena.

With a third Laguz Gem, you should have no trouble keeping all of your laguz in animal form. The biggest challenge is the terrain. "Cover", which you encountered during your battle with the Black Knight, gives heavy bonuses to Defense and/or Avoid, while "Wardwood" gives heavy bonuses to Resistance. Look at what type of terrain the foe is standing on before attacking.  However, because the Spirits and Lehran both attack with magic, keeping your units on Wardwood will reduce the damage they take significantly. The spirits that serve as enemies are not terribly dangerous, being unable to land critical hits or deal bonus damage, but can be annoying if not handled with the proper type of attack (magical if they're on cover; physical if they're on wardwood.) Lehran has the unique magic Creiddylad and the defense-boosting Rudol Gem, and can also transfer all damage he takes to any spirit in an adjacent square. Interestingly, neither the spirits nor Lehran will attack or counter-attack Micaiah, so the player need not worry about protecting her.

Lehran gives Sanaki the Rudol Gem, and in the first playthrough and all subsequent playthroughs in which conditions are not met, he dies. However, in a second playthrough or later, he can be induced to join your party if the Black Knight was on the map for Part 1 Endgame and Ike battled the Black Knight during Part 3, Chapter 7, but did not finish him off there. Curiously, he will not have Creiddylad, instead only bringing the SS-ranked Ashera Staff, and will be unable to equip the Rudol Gem despite having it equipped as an enemy.