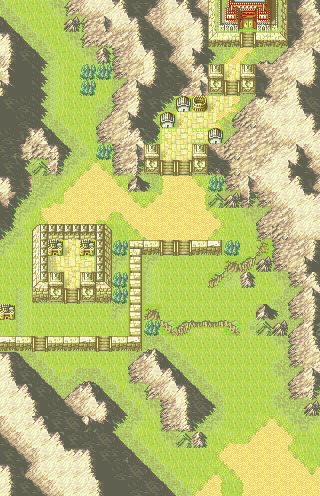 Chapter script
[view]
“Carcino has betrayed Frelia and joined forces with Grado. Carcino's troops stop Prince Innes, blocking his way to Jehanna. With soldiers occupying the road forward and back, he is trapped in a hopeless situation. Eirika rushes to the prince's aid.”
—Opening Narration

Revolt at Carcino is the 10th chapter of Eirika's route of Fire Emblem: The Sacred Stones. This is the first chapter where the player can fight Pablo, who can be fought in a couple of occasions in the game.