Its origins hail back to even before the start of the Archanea Series. Thousands of years before the decline of the dragons, a Thabean alchemist named Forneus had accidentally created a special shelled insect when he had tried to create artificial life. These insects were as large as a thumb and resembled a shellfish. Forneus referred to these insects as marvels of nature, and called them 'thanatophages'.

Experiments and Creation of the Death Masks

Forneus conducted many experiments with the thanatophages, he discovered many things from them. Seeking to control the thanatophages, Forneus created masks, whose shape and design was made to resemble the face of Forneus' late wife, which he called the Death Mask. Embedding the thanatophages on the reverse side of said masks, their purpose was to serve as a way to tell the thanatophages that their will belongs to Forneus, and they are under his control. Though they would be called hideous to others, Forneus considered them to be his adorable pets.

Forneus spirited away many citizens of Thabes to use as experiments for these Death Masks, which eventually made the Senate wary of Forneus. They attempted to reach Forneus by sending messengers, but they would eventually be killed and made into more experiments for Forneus. The Senate would then send soldiers, strong ones who were among the best in Thabes, but they too would end up being killed and controlled by Forneus using the Death Masks. Thanks to the Senate, Forneus had managed to acquire many cadavers for his Death Masks, thus creating a large army of the dead.

With both messengers and soldiers never returning, the ruling senators of Thabes decided to seal Forneus and whatever creations he had away in the depths of the Thabes Labyrinth, never to be disturbed.

These creatures wouldn't be seen by the world at large until much later on, in the doomed future from which Lucina and the other children originated, where the Risen were the dominant force, constantly hunting the surviving remnants of humanity who were killed and added into their ranks by Grima. When they are introduced in Chapter 1, they spawn at roughly around the same time as Lucina's arrival in the past across both Ylisse and Valm, later being revealed that many of the Risen that spawned in the current time actually came from the future through the portal that Grima created to prevent Lucina and the other children from altering the past.

In the aftermath of their attack on Chrom, the name "Risen" was coined by the Halidom of Ylisse in a war council shortly after their first known appearance and subsequently used to describe them, both in the actual timeline and in Lucina's doomed future. They later went on attacking the population either by themselves or under the control of the Grimleal.

Risen have human qualities to them, but it is very likely that they seem to fade as time passes. In the DLC Death's Embrace, most of the Risen thank their killers for ending their torment upon being killed. Chrom also notes that after the battle, they "sounded more human than Risen". They may also appear to have a desire to belong, as they always seem to be attacking places where groups of people like to gather, as shown in Hot-Spring Scramble. They usually carry little sentience, and speak in fragments rather than full sentences; however, as time passes their words become much clearer, and they can speak in full sentences without struggling to say words.

In Forneus' notes, some additional details are provided about the creatures usual transformation and behavior: When placed on a person and given the proper stimulus, the thanatophages set down roots into the body and assert control over the host through internal parasitism and then freely control them within two nights. During the process, they seemingly release a special preservation fluid from said roots, allowing it to suppress the decay of the host and thus preserve the corpse for a long time. This also strengthens the host's body muscles, giving them greater strength than they would have had before death.

The thanatophages likes to feast on the flesh of the host, and so move the host to hunt for prey to take nutrition that way. Otherwise, when there is no bait for the thanatophages, the insects enter into slumber within the mask. Because of these factors, when a Risen is slain, their bodies turn into dark dust that dissipates quickly.

With that said, the process can be replicated through trial and error. In Henry's supports with Robin, Henry brings back a severed Risen arm and eventually creates a large Risen army with it. The method can also be perfected, as Algol created loyal, unquestioning Risen assassins, in addition to a masterpiece of his own. How he managed to achieve this is unknown, but he states he had spent quite some time, building the temple to start the process and capturing villagers to experiment on.

Moreover, Forneus wondered what would happen should a Death Mask be placed on a living person. According to Brady, wounded people could potentially become Risen from even the simplest of infections caused by an infected host.

While Risen are composed of various human classes and are mostly male dominated, there are also female Risen that correspond to female-exclusive classes such as Pegasus Knights and Valkyries. They often wield weapons suited to their classes, the rank of which depend on the game difficulty or chapter, but they can also carry other weapons they may drop when they're defeated. There are also grunt Risen, Revenants, and Entombed, that can attack with strong Claws and Talons. They are sometimes led by the more powerful Risen Chiefs (屍兵将, Shikabane Heishō lit. Corpse Soldier General in the Japanese version).

Risen may also pop up in random locations once every hour of in-game time, and disappear from those locations. Completing a chapter or paralogue can allow Risen to spawn without waiting, but they do not have a 100% chance to appear. Using a Reeking Box will spawn them at the player's location immediately, provided there is nothing else occupying that location.

Deadlords - Twelve undead warriors and recurring characters that first appeared in the Jugdral Series. They appear as Risen in Chapter 22 and the Xenologue chapter Infinite Regalia.

The Risen is illustrated in the trading card game Fire Emblem Cipher with the following cards: 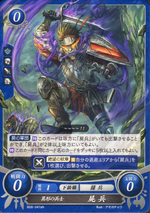 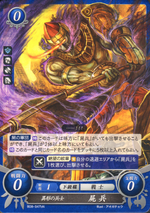 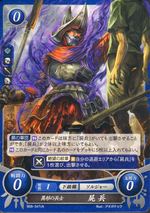 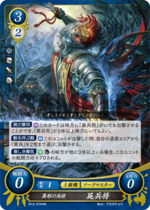 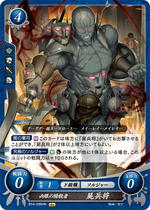 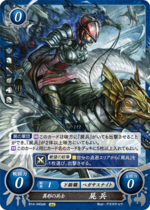 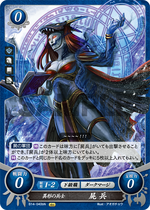 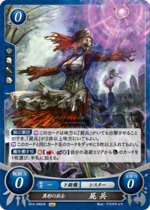 Concept art of the Risen mask. 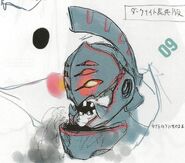 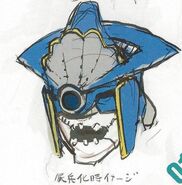 Concept art of a Sniper Risen.

Risen Chief as a Swordmaster in Fire Emblem 0 (Cipher). 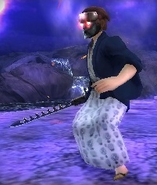 In-game model of a Swordmaster Risen garbed in a yukata from the Hot-Spring Scramble DLC.

In-game model of the Risen Chief from the Death's Embrace DLC.

In-game model of the Revenant from the Roster Rescue DLC.

Close-up of the DLC Revenant.

Screenshot of Cordelia about to fight a Myrmidon Risen soldier in the Japanese version of the game.

Map sprite of a Soldier Risen.

Map sprite of a Fighter Risen.

Map sprite of a Knight Risen.