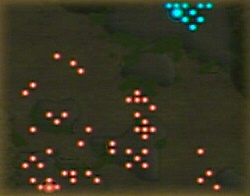 Chapter script
[view]
“The Daein army takes to the field and deals a heavy blow to the army of the Laguz Alliance. This sudden aggression shocks the Alliance like a lightning bolt on a clear day. With their only avenue of retreat blocked, the forces of the Laguz Alliance begin to despair. As the last shred of hope is fading, Skrimir appears before his troops and rallies them on, bolstering their failing strength. Gallian morale is further improved by the appearance of Tibarn and Ike's forces, who aid the beast army with talon and steel.”
—Opening narration

Rivals Collide (両雄、相打つ Ryōshi、aiutsu) is chapter 3-7 of Fire Emblem: Radiant Dawn. After seeing a coversation between King Pelleas and Vice-minister Lekain you are taken to the same map you just completed in A Reason to Fight only without the Fog of War. You play as the Laguz Alliance and face the Dawn Brigade, Daein units, and The Black Knight. You can recruit several people (Jill and Zihark). To win you must survive twelve turns. In a certain number of turns, Ulki and Janaff will appear.

During the conversation between Pelleas and Lekain, we discover the reason why Daein is fighting along Begnion. It is, in fact, the Blood Contract Pelleas signed. This is considered a relatively easy chapter, and most players decide to recruit Jill, although strategically it is better to leave her as is. Also, the mounted units like Titania and Oscar are almost worthless because they can't cross more than a single square of water. If the player causes a fight between Ike and the Black Knight and both survive, you can accomplish one of the various requirements to recruit Sephiran later on the game and see the full story (This is easier if Ike is given the Celerity skill, taken off from Tormod and given to Ilyana's inventory). However, one of the other conditions is to be playing on a second round archive and have used the Black Knight during the last chapter of Part 1. 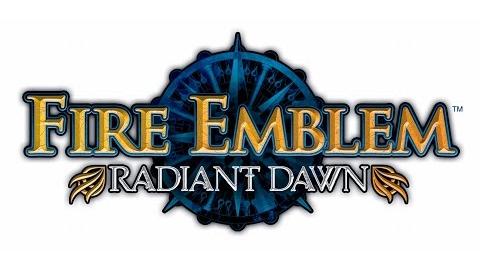