Road to the Empire

Road to the Empire 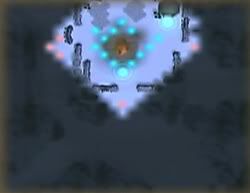 Chapter script
[view]
“Ike's route leads his group to the west. He is accompanied by his old comrades, deputy commander Titania and master tactician, Soren. Also with him are Nailah, Queen of Hatari, the heron prince, Rafiel, Prince Kurthnaga of Goldoa, and his loyal subject Ena. Having received a warning from Micaiah about the Disciples of Order, Ike and company stay alert and wary as they cross into Seliora.”
—Opening Narration

Road to Empire is the first chapter of Part 4 in the game Fire Emblem: Radiant Dawn. The player takes charge of Ike's team in this chapter (consisting of whomever the player has chosen earlier). Ena also appears as an NPC unit in this chapter.