“You will not stand in my way!”
—Ross's default battle quote

Ross (ルース Rūsu, fan translated as Russ or Ruth) is an enemy character from TearRing Saga: Utna Heroes Saga. He is the boss of Map 1.

Ross is one of Codha's lieutenants. His lord tasks him with capturing Sasha down in Saura and bringing her back to the palace, when Ross asks about her escort, Kate, Codha says her life is not important and Ross can kill her.

Ross's profile on the official site describes him as a ruthless man dedicated to his job.

“I didn't want to have to fight the princess herself...”
—Ross's battle quote against Sasha 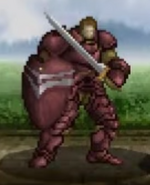 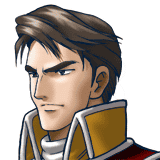