Nicolas Roye
[view]
“Kings are weak--it's as simple as that. They need others to protect them, and they can't do anything on their own. I'm gonna be a knight instead, strong enough to protect everyone.”
—Rowan

Rowan is a main character and a protagonist in Fire Emblem Warriors. He is a prince of the Aytolis Kingdom, the son of Queen Yelena and the younger twin brother of princess Lianna.

Rowan aims to be a knight and fight on the battlefield rather than be a king and encourages his twin sister Lianna to inherit the throne and become queen.

He deeply cares and supports his more calm sister, Lianna, but often fights with her because of her more cautious way of thinking and believes that she should be more active in combat.

Hotheaded, stubborn, and very excitable, Rowan values combat and strength over strategy to win battles and protect the people he cares about. Brash to a fault, he ends up preferring to charge and crush the enemy underfoot rather then thinking things through and celebrating or boasting when he performs exceptionally well. This is not without humility, as he only wants to get stronger to protect the people he rules over.

His reasoning to fight in the battlefield as a knight rather than be a king stems from the impression that his father left on him: With his father's constant illness and lack of fighting strength, as well as seeing as how he saw that most royalty only rely on other people to solve their problems, Rowan perceived that the life of a king is not suited to protect kingdoms they swear to guard. Thus, not only he rejects the status of king because he believes that kings are weak most of the time, but he also believes that he doesn't have the qualities of being a good king in the first place, thinking that a good king should be wise and tactful, but also strong and not cower behind his army and citizens, which he would be able to accomplish the latter firsthand as a knight, something that he believes royals can't do at times. With this in mind, he believes his father left a poor example, and can't look up to him the same way that Marth and Xander would look up to theirs.

He is shown to be quite charitable in a way as revealed in his support with Lucina, as he offers himself to go into the destroyed future where she resides and wishes to fix and salvage as much as possible, even after she says that it would be pointless.

If Lianna is chosen as the Main Lord

Rowan is illustrated in the trading card game with the following cards: 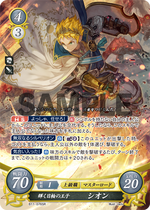 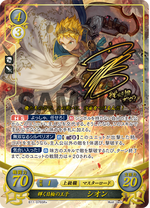 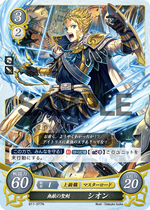 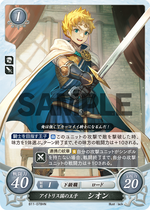 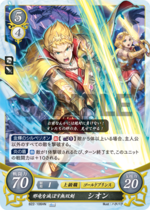 Rowan is a type of tree or shrub also known as the mountain ash. It is common throughout the Northern Hemisphere. In European mythology and folklore it was thought to be a magical tree, particularly in Irish folklore; when the tree was used as a way of warding off evil spirits.