Roy's Blade (ロイの硬剣, Roi no kataken, lit. Roy's Tough Sword) is a sword that appears in Fire Emblem Awakening. It can be obtained by finding it in an Event Tile. 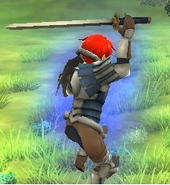