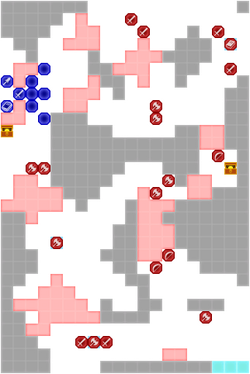 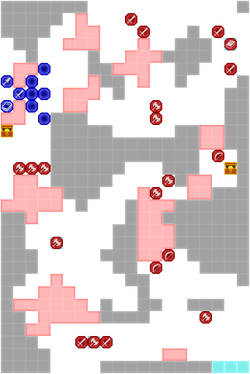 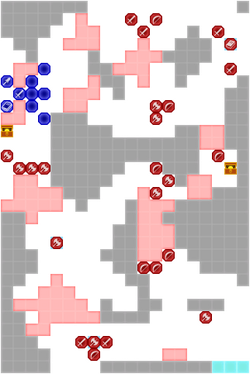 Byleth, Ingrid, Dorothea and 6 other units

Chapter script
[view]
“Ingrid receives an unexpected marriage proposal from a noble of rising status. As soon as Dorothea hears the name, she is adamantly against any engagement between them...”
—Opening Narration

Rumored Nupitals is Ingrid and Dorothea's Paralogue Chapter in Fire Emblem: Three Houses. This chapter takes place in Ailell, the Valley of Torment, and can be played during White Clouds on all routes after completing Chapter 6.

Ingrid receives an unexpected proposal of marriage from a noble of rising status. As soon as Dorothea hears the name she is adamantly against any engagement between them. Due to the generous dowry House Galatea would receive from their union, Ingrid decides to hear out the noble and pays him a visit. After their meeting, Ingrid decides to turn down his proposal before heading back to the Monastery.

On their way back, Ingrid is ambushed by a band of mercenaries hired by her potential suitor to kidnap her and marry her by force, leading to Dorothea and Byleth's class to rescue Ingrid. Either by Ingrid escaping the battleground or by defeating all of the mercenaries, Ingrid returns safely to the Monastery where she reports the incident to her father. Her father understandably cuts ties from the suitor afterwards.

Until the merchant is defeated, a single thief will reinforce the enemy numbers at each enemy phase.

(Trigger unknown possibly related to Ingrid's positioning) A group of many reinforcements will appear around the map at once.

(Trigger unknown) Pairs of enemies will emerge from around the map throughout the battle.

Normal/Hard: Wait until you get a dancer to do this mission. Make sure you have a unit that has a stride gambit as well. Ingrid & Dorothea start on predetermined tiles so it's important you get the rest of your units in an appropriate position to do the stride gambit. Once you successfully boost the move points of your dancer and Ingrid, you can essentially have Ingrid ride along the south border of the map to the east corner up into the win zone. There are, however, three enemy units within range of the starting tiles and three waiting for Ingrid to ride the edge, and three more that spawn close to the win zone once Ingrid gets within a certain range. Distract them with high defense/avo units because you do not want them to follow Ingrid, even if only one enemy can hit.

Maddening: Keep the group together and Ingrid close by in a flier tile but just out of reach of the archers. Head north with the group to handle the priest that is spawning more soldiers after you handle the three units that are right next to you. Do not go east of the starting area over the magma tiles because it will trigger a group of war masters to spawn. After handling the priest, try to slowly head east until a group of enemies spawn. Keep fishing with your strongest character, it works well near the north chest because the entrance is narrow. Once all the archers are handled and Ingrid is in the clear you can easily stride + dance the edge and make it to the end. Do not stop short of the end because Ingrid's positioning will spawn more archers at her location if she ended her turn.