Ryoma (リョウマ Ryōma) is a main and playable character of the Hoshido route in Fire Emblem: Fates. He is the eldest child of the Hoshido royal family. He is voiced by Yuichi Nakamura in the Japanese version.

Ryoma is the eldest child of four in the Hoshidan royal family. When Sumeragi married his second wife Mikoto, Ryoma helped the nation to warm up to the new queen and Ryoma had a close relationship with his new step-mother. Ryoma also gained another sibling from Mikoto, the Avatar. However, Ryoma lost this sibling when they were kidnapped as an infant and raised in Nohr. He has the services of Saizo and Kagerou. If he achieves an S-Support, he will have a son named Shinonome.

At the end of Chapter 6, depending on the side the Avatar chooses, a different scene will unfold.

If the player sides with Hoshido, Ryoma is pleased with their actions and will join them later on with his siblings to repel the Nohr invasion. During Chapter 6, Ryoma protects the Avatar from getting killed by Xander, and threatens to cut him down if he tries to attack the Avatar again.

When Xander challenges the Avatar into a duel, both Ryoma and Azura only watch them fight him, to no avail. Later on, he assists the Avatar with defeating Garon to end the war once and for all. While Garon looks defeated, he harnesses the power of the Dark Dragon to transform into its form, and attacks the Avatar, but Ryoma and Takumi manage to block the first strike. Afterwards, Ryoma, along with his siblings watch as Garon is killed and later goes back to Hoshido. Ryoma gives an inspiring speech back at the palace, and a while later at the lake, calls the Avatar back. The next day, he and his siblings are praying at a memorial dedicated to Mikoto.

Ryoma becomes the new king of Hoshido after the war is over.

If the player sides with Nohr, Ryoma shows heavy disappointment in the Avatar's decision, and duels with Xander, angry at "brainwashing" the Avatar into siding with Nohr.

Later in the story, Elise gets ill and requires medicine. While a location for the medicine had been found, it turns out that it was under Ryoma's possession. Ryoma claims he will only give the medicine if the Avatar returns to Hoshido. The Avatar declines, and retrieves the medicine with the help of Pieri and Lazward.

When reaching Hoshido once again, Ryoma asks the whereabouts of his siblings. Though Sakura and Hinoka were taken captive, he discovers all that was left of Takumi was a single arrow. Angry, he attacks the Avatar and duels with them in a private chamber. Upon being defeated in a duel at his castle, Garon orders the Avatar to execute him, which they refuse. Ryoma thanks the Avatar for keeping his siblings safe, although he is unaware of Takumi's fate. To prevent them from receiving the burden of making a choice, he stabs himself with his sword and abruptly passes away to their shock.

Ryoma is later seen in the Avatar's dream, alongside his deceased mother and a newly deceased Takumi. They support and assist the Avatar in defeating the infested Takumi.

While skeptical of the Avatar's claims of a true enemy that threatens both Hoshido and Nohr, he is convinced by Crimson to hear the Avatar out and aids his sibling in finding the Rainbow Sage. He later joins the Avatar's forces during the battle against Hans and Iago in the Infinite Chasm.

In line with his position as the direct successor to the helm of Hoshido, Ryoma cuts a figure of calm collectedness, keenly scrupulous as he rigorously analyses the innumerable situations that he finds himself mired in before finalising any decisions. This greatly contributes to this aura of charisma and wisdom that he is known to exude, one that sees many turning to him for his sagely advice in his support conversations.

Adept in the art of war, this, combined with his shrewd sense of insight and intelligence, has helped Ryoma to lead the Hoshidan army to victory in the campaigns that they have participated in. Further complementing his astute skill as a battle tactician is that of his skill with the sword, one that is regarded to be unparalleled throughout the kingdom of Hoshido.

Consequently, due to Ryoma seemingly appearing to be perfection incarnate, both his brother and son feel insecure and inferior to him. His undying will makes him the last one to give up out of everyone in the army. His birthday is May 1.

Conquest Chapter 6 - The Descent to Darkness

Ryoma appears in Super Smash Bros. for Nintendo 3DS as a collectable Trophy and will be released in February 2016 alongside the release of Corrin. His trophy features him wielding Raijinto

Ryōma is a Japanese given name. It can be written with several kanji, including 龍馬 (which directly translate to "dragon" and "horse").

Artwork of Ryoma in the Cipher Trading Card Game.

Artwork of Ryoma in the Cipher Trading Card Game.

Cipher Card of Ryoma as a Samurai

Ryoma as he appears in Fire Emblem 0 (Cipher).

Ryoma as he appears in Fire Emblem 0 (Cipher) as a Wyvern Lord. 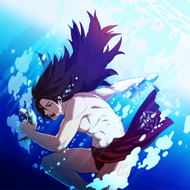 CG artwork of Ryoma in a Paradise Scramble DLC episode.

Cutscene image of Ryoma
Nohr8.jpg
Ryoma and Xander clashing in Chapter 6
Kamui's Choice.png
Ryoma during The Avatar's choice in Chapter 6 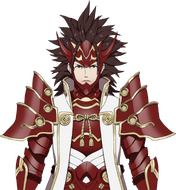