View source
watch 42:07
'Fire Emblem: Path of Radiance' - Chapter 7
Do you like this video?
Play Sound 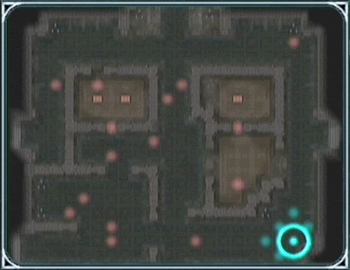 Chapter script
[view]
“Ike, pursuing them any farther may be dangerous. I think it would be best if we returned to Gallia for now. It's possible the commander may have followed another road into Gallia. It's something we should consider.”
—Soren

Shades of Evil is Chapter 7 of Fire Emblem: Path of Radiance.

In order to complete this chapter you have to defeat all the enemies. Most of the enemies are knights, archers, and soldiers. In this chapter, Mia appears and Ike must talk to her in order to recruit her. Mia is a Level 6 Myrmidon.

Once you complete this chapter Greil gets into a fight with the Black Knight, and Ike comes to help, but Greil tells him to stay away. Ike hears that Greil was the one that taught the Black Knight how to fight. Eventually, Greil is wounded by Alondite (a sacred sword) in his chest. Ike is furious and wants to attack the Black Knight. Greil tells Ike to go to Gallia, and live a peaceful life there, but Ike has no such intentions.

Most of the enemy reinforcements in this chapter arrive not on a specific turn, but rather when you cross a certain line on the battlefield. The exception is the thief that arrives at the end of Turn 2

Gatrie and Shinon will appear with Greil after a few turns. They will appear somewhat to the north of the northwestern room with the chests.