Sharena is a main character and a protagonist in Fire Emblem Heroes. She is a princess of the Askr Kingdom and the younger sister of Prince Alfonse. Her personal lance is named Fensalir.

In the Prologue, stage two, Sharena expresses her worry that Alfonse and Anna were late to the World of Mystery before introducing herself to Kiran. Alfonse asks her the condition and she responds saying that a "fearsome figure in all red swoops through the skies," who later turns out to be Minerva.

In Paralogue 7, after beating the first stage, Sharena immediately befriends Katarina, who claims to have more allies that she would like Sharena to meet. She then leads them into an ambush, and afterward Alfonse expresses his distrust of Katarina in which Sharena defends her new friend. In the third stage, Katarina asks Sharena why she defended her and Sharena replies saying that that's what friends do. Moved by her words, Katarina then warns them of the ambush that she set, much to Clarisse's disliking.

Bright and cheerful, as well as less academically inclined than her brother, Sharena is best known for her upbeat personality, allowing her to easily form bonds of friendship with both heroes and legends alike. This also extends towards her meeting Kiran for the first time, where she quickly warms up to him/her with little to no hesitation.

Sharena is also known to be a highly optimistic and motivated person, a fact revealed most strongly on the battlefield. Here, even when the odds are stacked against the Askr army, Sharena does not give in to despair, and is instead observed to steel her resolve and bravely face them with few to no complaints.

Sharena is one of the Askran Trio that players of Heroes receives at the very beginning of the game. Of the three, she is the Lance wielder and is average across her stat spread aside from her low resistance. Overall, this makes Sharena a flexible unit, but not cannot outmatch fellow blue units who specialize. Her legendary weapon is Fensalir which inflicts Threaten Atk 2 on enemies, letting her be a Threaten debuffer with skills that she can inherit and use through seals. She later received a Refine which removed the Threaten effect and instead neutralizes visible buffs on enemies she engages in battle with while boosting her own Spd and Def when next to an ally.

She is the only Askran who comes with a support skill, Rally Attack, to boost her allies in battle, but lacks an attacking skill like the others. Speed +3 is a decent starting Skill A but the flat Speed is best replaced with skills with higher buffs and better team synergy. Fortify Def 3 grants 4 defense to adjacent allies.

Sharena is a serviceable unit and is not particularly weak anywhere, but does not shine anywhere as well. She lacks the inability to merge and has no access to Banes and Boons which hurts her in the long run to all of her competition for her unit class. Still, matching her desire to befriend the Heroes of the world, Sharena shines best when near allies.

With the Refined effect of Fensalir, Sharena should take a Bond Skill for Slot A first and foremost to reap the maximum benefits of Fensalir's effect.Atk/Spd Bond is the best though Fury is decent on a budget. Reciprocal Aid allows her to steal health from her allies to maintain hers while Reposition is a fairly typical option. Any Rally skill works well since she already has innate Rally Atk. Luna or Moonbow allows her to bypass enemy defenses and is her best option on a budget. Finally a Spur or Drive Skill benefits her partner who is helping to maintain her weapon and skill effects. 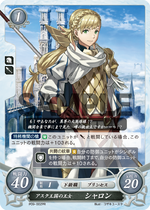 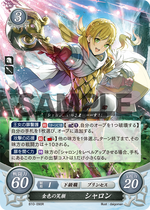 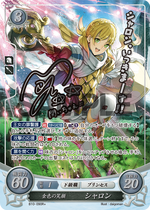 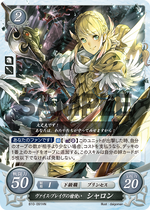 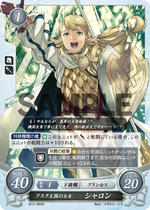 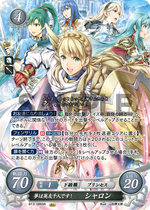 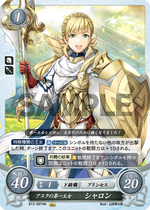 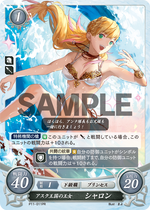 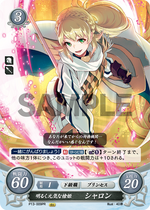 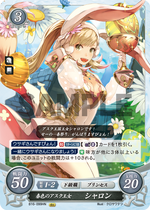