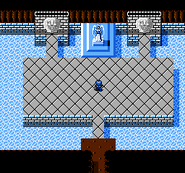 A Shrine from Gaiden.