Marth, the main character of Fire Emblem: Shadow Dragon and the Blade of Light and one of the main characters in Fire Emblem: Mystery of the Emblem and their respective remakes, once again makes his return as a secret character in the Super Smash Bros. series. As a character, his appearance and moveset have been virtually unchanged from Melee, the largest differences most likely being the shortened length of his Falchion and the change in animation for his ability "Shield Breaker". Marth still relies entirely on his quick swordplay and ability to easily form combos. A tip is to hit with the end of Marth's sword, in order to do more damage and knockback. For example, Marth's neutral attack without the tip of the sword deals 8% damage. Striking with the tip deals 12%. Marth's Final Smash, Critical Hit, causes him to dash forwards and strike a single enemy (multiple enemies if they are close enough) and deal 60% damage and (unless terrain blocks the flight path) an instant KO. Upon striking, a Fire Emblem-esque health counter with 60 HP appears, dropping rapidly to 0. Note that the Final Smash is the only Marth attack with the "White Line Flash" associated with Falchion, the Regalia, etc.

Note: Sometimes on very large maps, Marth's Critical hit fails to KO. If Critical Hit travels past the stages blast-lines, it will result in a Self-Destruct. 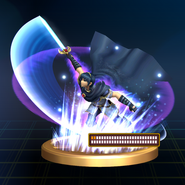 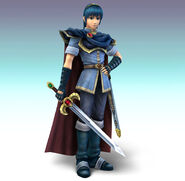 Marth in Super Smash Bros. Brawl
Add a photo to this gallery

Ike, the protagonist of both Fire Emblem: Path of Radiance and Fire Emblem: Radiant Dawn, makes his Super Smash Bros. debut as a default starting character in Super Smash Bros. Brawl. With a player model clearly based off of his Path of Radiance design, and wielding the Ragnell as his weapon, Ike brings his signature ability, Aether, into the game as well. While his swordplay is much slower than that of Marth, Ike is a much heavier character with stronger attacks by far. His Final Smash, Great Aether, strikes multiple opponents within a small area high above the stage. From there, he deals several strong slashes, brings the enemy to the ground, and finishes the combo with a large explosion. His sword is set aflame for the entire duration of the ability. Also, if you use Ike's Standard Special attack and hold it down all the way you gain 10% damage while also dealing up to 37% damage to opponents. 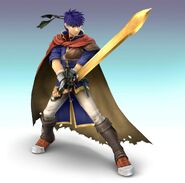 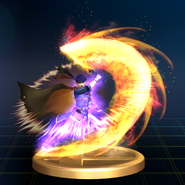 Lyn (or Lyndis), one of three main protagonists from Fire Emblem: The Blazing Blade makes an appearance in the game not as a playable character, but as an item known as an Assist Trophy. Upon appearing, Lyn charges up her Mani Katti and vanishes, appearing beside an enemy to perform what resembles her critical attack from The Blazing Blade. In Brawl, the Assist Trophy of Lyn is known for its high damage rating, knock back, and accuracy. Also, when she appears she sometimes says one of Ike's taunts, "Prepare yourself" but usually says "I'll handle this". 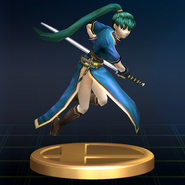 Lyn in Smash Bros. Brawl
Add a photo to this gallery

Castle Siege is the only stage in the game based the Fire Emblem series. Unlike most stages featured in Super Smash Bros. series, the stage is not set in a particular location in the Fire Emblem universe, but of a generalized theme of many of its games. The stage initially takes place atop a castle surrounded by lush rolling forests. As the name implies, the castle is currently under siege; large flaming rocks rain down on the structure from nearby catapults. After a short time, the castle rooftop caves in and the players fall into the interior, an area which appears to be a throne room containing breakable statues. The third and final transition brings the players down into a lava filled cave, where they stand atop a large stone balancing over the lava pits. Oddly enough, the players seem to "fall" back onto the roof shortly after entering the lava caves.

The Fire Emblem Theme is more or less exactly as it sounds, the theme of Fire Emblem. Orchestrated, slightly revamped and with a Latin choir added.

"Mila's Divine Protection" originates from the game Fire Emblem Gaiden, being the second installation in the series. The song itself has had the main Fire Emblem theme integrated into it.

"Attack" isn't just one song, but rather a combination of two different scores from Fire Emblem: The Blazing Blade. The song begins with "Strike", the common attack theme heard when engaging in combat, and transitions into "Rise to the Challenge", the boss battle theme for major bosses.

"Prepare to Advance" is the song heard when in the pre-battle screen in the game Fire Emblem: The Sacred Stones. The song has been remixed, revamped and slightly lengthened for Brawl.

The "Shadow Dragon Medley" contains several songs, most of which are fairly short, from the original Fire Emblem Game, Fire Emblem: Shadow Dragon and the Blade of Light.

The music which plays when the Black Knight is fought or engages a character in combat. The music is unaltered from its original games, Fire Emblem: Path of Radiance and Fire Emblem: Radiant Dawn.

One of the songs heard in Fire Emblem: Path of Radiance. The score has been unedited, as with many of its fellow Path of Radiance and Radiant Dawn counterparts featured in Brawl.

The unaltered theme of the antagonist, Oliver, in Fire Emblem: Path of Radiance and Fire Emblem: Radiant Dawn.

Similar in content to "Winning Road: Roy's Hope", as this song is played when the player is close to completing certain maps of the game Fire Emblem: Path of Radiance.

An unaltered song played in Radiant Dawn. However, it is incorrectly named, as it's original name is called "Eternal Bond". It also plays in the Subspace Emissary, when Ike first appears to assist Marth and Meta Knight to fight the Ancient Minister.

Originally just called "Fire Emblem", this song first appeared in Super Smash Bros. Melee as the only Fire Emblem song available and the secret track at the Hyrule Temple stage. The song has been slightly modified after its transition from the previous game. The song itself is a remix of the theme "Together We Ride" twice and after a piano music until in the end when it plays a remix of the Fire Emblem leitmotif. 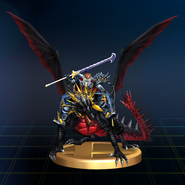 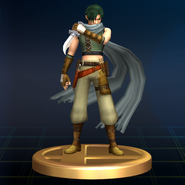 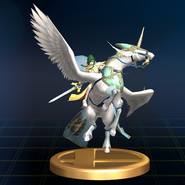 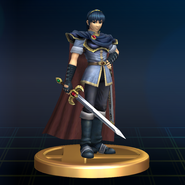 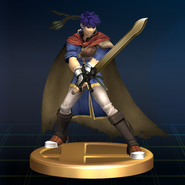 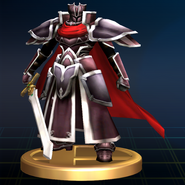 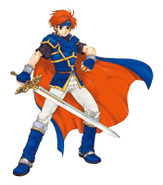 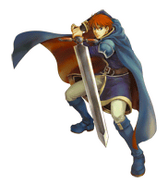 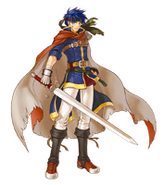 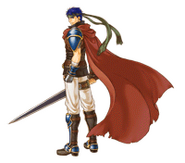 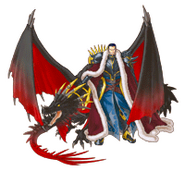 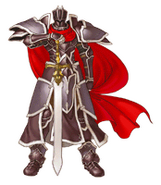 Sothe
Add a photo to this gallery

Game Logo.
Add a photo to this gallery