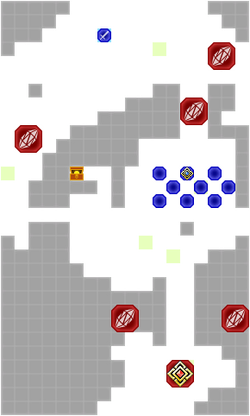 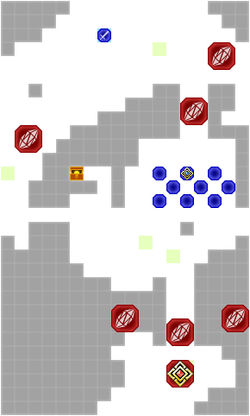 Chapter script
[view]
“Sothis has a request for you, Byleth... At her insistence,you travel alone to the Red Canyon, followed by curious students.”
—Opening Narration

Tales of the Red Canyon is Sothis's Paralogue Chapter in Fire Emblem: Three Houses. This chapter takes place at Zanado, the Red Canyon, and is available on all routes during White Clouds after Chapter 7.

Sothis remembers Zanado bringing back fragments of her memory. She wants to return there to find some answers and Byleth agrees to check it out. As they leave, the house leader and their companion gather the class to follow them.

When Sothis remembers calling this place home, Byleth is attacked by monsters. Thankfully the rest of the class arrives to bail them out.

When the battle ends the house leader is thankful that Byleth is okay. Their companion decides to say to the church that they came for battle experience. Sothis is thankful for the class as well but is also disappointed that they didn't get anything out of this. However Byleth did get stronger and found an umbral steel cheering up Sothis.

Byleth is initially alone, surrounded by 3 Giant Wolves and will likely die from a few attacks. It is therefore desirable to team up with the students and defeat the wolves inbetween Byleth and them. The monsters have to be hit once to break through a barrier space, whereas the Demonic Beast has complete armor and has to be hit twice. Beware of the reinforcement Giant Birds, they appear in the enemy phase when the Demonic Beast roars loudly.

This is one of the earlier Paralogue Chapters containing demonic beasts so this is a good exercise to refresh the knowledge obtained from Sothis' explanation in Chapter 5: Tower of Black Winds. Battallions and monster effective weapons prove to be very useful in this mission as all of the enemies are monsters.