View source
watch 50:07
'Fire Emblem: Path of Radiance' - Chapter 16
Do you like this video?
Play Sound 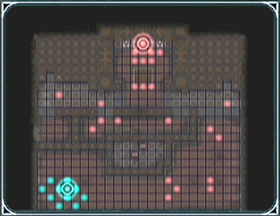 Muarim and Tormod (from start)
Devdan (Enemy, talk to with a child character or Soren)

Chapter script
[view]
“I've received reports that Bishop Oliver, the duke of Tanas, is up to something suspicious. Duke Tanas has a villa near the woods of Serenes. Go there, and return with irrevocable proof of...whatever he's doing. If you succeed in this, I promise to support your Princess Elincia with all the power at my command.”
—Sanaki

The Atonement is Chapter 16 of Fire Emblem: Path of Radiance.

Devdan is located in the Northwest part of the map. You can recruit him with Mist, Sothe, Soren, Tormod, or Rolf.