The Cause of Sorrow

The Cause of Sorrow 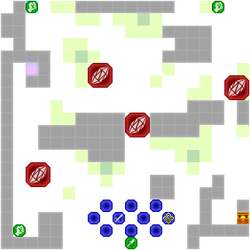 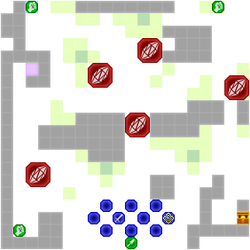 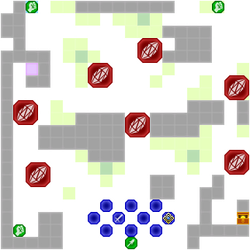 涙のわけ, The Reason for Tears

Chapter script
[view]
“Though most stars will still glimmer in the crisp winter air, the blue sea star has gone back into hiding. Legend states that the goddess prays for peace from her home in the heavens. In the town of Garreg Mach, the anniversary of the monastery's completion nears, and the people's prayers intensify ahead of the millennium festival, still five years hence.”
—Opening Narration

Rhea will mention a grand ball while Seteth gives Byleth their mission. Byleth is to investigate a chapel that students have been seen going into. Seteth will comment on given recent events no abnormalities shall be overlooked. You are to team up with Jeralt who will be with you after a mission of his own.

After a dance competition in which the winner gets the opportunity to become a Dancer, the ball gets underway. Before then your entire house makes a promise to meet up five years later. Byleth is a huge hit so they leave for some air. During this time, they meet with the individual they have the highest support with and make a prayer to the goddess. Before then depending on your house they may meet up with Dimitri who talks about Edelgard and his relationship with her. Byleth also sees Rhea singing which Sothis remembers teaching the song to someone.

When Jeralt returns hoping to chat with Byleth, Alois comes with reports of demonic beasts near the chapel despite not hearing anything about the monastery's walls being breached. Jeralt is unhappy that there is not enough time to talk before setting out with Byleth.

Investigating the chapel ruins, Byleth and their students soon find numerous Officer Academy students attacked by Demonic Beasts. As they rescue the students and defeat the beasts, they soon discover that the latter were also students, forcibly transformed into them. The students are rescued, but the slain transformed students leaves the battle's victory on a bitter note.

One of the rescued students, Monica, whom Byleth's class saved a few months ago catches Jeralt off-guard, plunging a dagger into his back. In a panic, Byleth uses Divine Pulse to rewind time and stop their father's assassination. However, despite their foresight, a mysterious man with pale skin appears, protecting Monica and sealing Jeralt's fate. The man teleports Monica away, leaving Byleth to rush to their father. Sensing his own mortality, Jeralt is surprised to see that Byleth is crying for the first time. Happy that their first tears were for him, Jeralt passes away in Byleth's arms.

Honoring Jeralt's request, they search his room, finding a journal he kept since he was Captain of the Knights of Seiros over twenty years prior to the start of Three Houses. In it was the ring he promised to give to Byleth when they were ready to settle down. As Byleth sifts through the pages, they learn more about Jeralt's growing suspicions of Rhea, beginning with the mysterious circumstances of Byleth's birth such as the sudden death of his wife shortly after giving birth to Byleth and the fact that Byleth has a pulse, but no heartbeat. Having grown distrustful of Rhea, Jeralt started a fire in the monastery, using it as an excuse to leave the Monastery as he claimed that his child perished in the flames.

Then someone, either Alois in the Black Eagles and Golden Deer routes, or Dimitri in the Blue Lions route, comes by saying that Rhea is looking for them. They notice that Byleth is still depressed and give them some time to sort through their feelings. The knights are also searching for the ones responsible for the attack.

After some time Byleth meets with Rhea filled with grief and talks about how she and Jeralt met. Byleth's mother was also a nun in service to the church but before Rhea can say more, Alois comes in with a report. Rhea gives Byleth the rest of the day to rest and mend their heart.

This chapter provides the Dancer Class and only one unit per playthrough can receive this class. Choosing any student who has at least 20 Charm will guarantee that they win the class. If the selected student does not have at least 20 Charm, they will lose the competition, depriving the army of a valuable supportive class. If the student has at least 15 Charm, they can be talked to in order to practice at no stamina cost, granting them 5 permanent charm added. While any student can be chosen for the class, particularly strong candidates in line with their subject strengths include Dorothea, Linhardt, Annette, Mercedes, Lysithea, and Marianne.

This is likely the easiest battle in the game, just kill the beasts and don't get overrun. Saving all villagers should not pose much of a problem in any difficulty mode as they all have healing items and stand on a forest or healing tile.