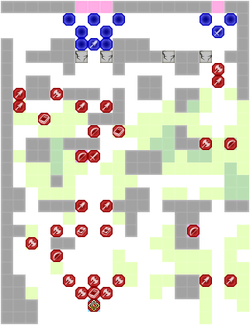 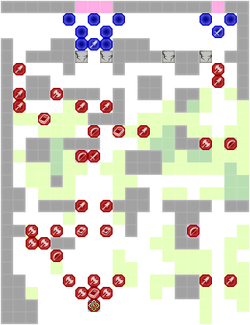 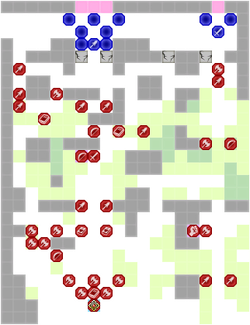 Chapter script
[view]
“Fulfilling a promise made five years ago, your former students gather once more at the monastery, as do the knights. However, your joyful reunion is cut short...”

The Blue Lions are reunited after five years. Needing a base of operations, they decide to retake Garreg Mach Monastery where the Knights of Seiros and a few remaining Church of Seiros staff, such as Seteth and Flayn return. However, the Monastery was under surveillance by Imperial forces who arrive to investigate, leading to a battle between the Imperial Forces and the reunited Blue Lions.

Most units who were recruited prior to Chapter 12 will return at the start of the month and will be available for usage for future battles, with the exception of Dedue and Lorenz.