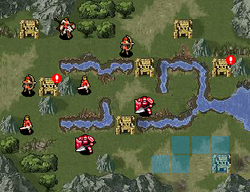 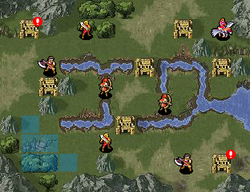 The Final Test is Prologue VII of Fire Emblem: New Mystery of the Emblem.

In this chapter, the 7th Platoon must pass its final test in order to become Altean knights.

At the end of this chapter, the avatar is given the option to change their hair style to resemble Cecil's.

On the 7B variation of the map, the player can use two units to create choke points. On the 7A variation of the map, the player simply needs only one unit to create a choke point. In either case, the player must work briskly to defeat enemies before the the advance of the boss and their reinforcements, noted by their dialogue. In the case of facing Est, it is helpful to get closer before the reinforcements arrive (on enemy phase turn 4) so that Ryan can immediately defeat Est after her first movement action.