Fire Emblem Wiki
Register
Don't have an account?
Sign In
Advertisement
in: Stubs, Genealogy of the Holy War chapters 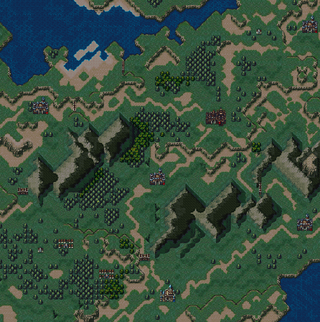 Chapter script
[view]
“Seliph's long journey is drawing to a close. His army's victories are a beacon of hope to the Empire's victims, and a wave of further rebelions sweeps across Jugdral. First, Silesse was wrestled back from imperial control by its citizens, and soon after Agustria's people flocked to arms, burning to fight for their country. But Grannvale itself yet stands. Duke Brian of Dozel and the axe knights of the Grau Ritter; Duke Scipio of Yngvi and his elite archers, the Beige Ritter; and Friege's Queen Hilda and the war-mages of the Gelb Ritter stand between Seliph and the capital. Belhalla itself lurks under an eerie silence, as Ishtar and the enigmatic twelve Deadlords lie in wait to defend Prince Julius himself. Over a year has passed since that fateful first battle in Isaach. The tragic struggle pitting kin versus kin wears on, splitting the Twelve Crusaders between the light and the dark... So begins the final holy war...”
—Opening Narration

The Last Holy War is Chapter 11 and the Final Chapter of Fire Emblem: Genealogy of the Holy War. Seliph has to fight the remaining dukedoms, save Julia from the control of Manfroy, and defeat Prince Julius at Belhalla. This chapter takes place in Grannvale.

The player should have at least one Restore staff available. The first enemies that the player will face will be dark mages wielding long range dark magic and Silence. It is best to deal with the enemies holding silence staves before sending any magic users into battle, as they will be useless against the cavalry that close in on Chalphy castle if silenced. Units with high resistance, particularly Seliph and Ares, will prove essential here.

The cavalry will be led by Robert who carries a Brave Sword, which makes him a dangerous opponent. Once the cavalry are taken care of, the player will have to face enemies wielding sleep staves near castle Edda. Though these enemies are the largest barrier to securing Edda, the player should also be wary of Boyce, who wields the Levin Sword, a sword with a 1-2 range, as well as his Critical and Sol, which with his high speed, skill and strength with his Silver Sword can easily prove fatal. Many of the enemy mages will also be wielding long range magic or sleep staves that makes penetrating the line of defense unscathed nearly impossible. Ares and Seliph are the player's best bets for this, as their naturally high resistance boosted by holy weapon bonuses makes the long-range magic and sleep staves useless.

Once all the enemies at Edda are defeated, the player should take care to send at least a few units back towards Chalphy before seizing Edda, as castle Dozel will send a two pronged attack as soon as Edda is captured. One prong, led by Fisher, attacks through the mountain pass north of Edda, while the other, led by Brian wielding the powerful Helswath axe, attacks through the pass just north of Chalphy. Brian by far is the larger threat, as his weapon, along with possessing a 1-2 range and 30 power, grants the user +20 defense and +10 resistance. He also possesses the Life Ring and four leadership stars, making him a powerhouse that the player must be wary of. Comparatively, Daggon, who holds Dozel, should pose little threat to Seliph's troops once the rest of Dozel's forces are eliminated.

Hilda's army of Thoron-wielding barons are much less scary as they seem, as they have a pitiful Magic stat of 9, which while compensated by Thoron's 20 might, still deals much less damage than almost everything else on the map (On the other hand, their Silver Lances can actually deal significant damage to your units). They're usually more of a hassle to clear out of the 1-tile wide chokepoint due to their high Defense and Pavise than their threat of taking out your units.

Once Scipio's troops are defeated, Hilda's troops, minus Hilda herself, should pose little problem to a competent magic user, perhaps wielding the Forseti. It is best to lure them out of range of the enemy dark mages wielding sleep staves of Fenrir. Once her troops are gone, Hilda should not pose an overwhelming threat as long as the player acts with care. The player should then eliminate the remaining forces quickly, as the numerous sleep staves will undoubtedly slow the player's army. Using a flier with enough resistance (Fee with Barrier Ring for example) to bypass the sleep spell and kill all bishops near Friege as the rampart and cliffs will prevent other units from reaching some enemies.

The final part of the chapter commences once Friege is captured. Before seizing it, make sure Altena is near the southeast corner of the map, as Arion will appear and can be made the player's ally if spoken to by Altena.

When Friege is captured, the final gate will be unlocked and the player will face a group of enemies led by Ishtar, who possesses five leadership stars and the Mjölnir tome, as well as a 50% chance to proc Adept (and very few units can survive two Mjölnir's in a row), making her a force to be reckoned with. She will be accompanied by the three Pegasus sisters Meng, Bleg, and Maybell, each wielding an Earth Sword and a Leg Ring as well as the Critical and nihil skills. Their Earth Swords allows them to self-heal when they damage you, and their Nihil prevents any ideas of critting them down with Bows or Wing Clipper, while their Critical skill can prove deadly, or just heal them back up by a significant amount regardless of what they hit. The player must avoid getting surrounded by the Pegasus sisters as they are able to initiate a Triangle Attack, which is an instant death sentence for all but the sturdiest units, though this almost never happens as they tend to canto out of formation and the AI never tries to set it up. High hit units like Shannan or Larcei, as well as Seliph with Tyrfing will be useful in taking them down.

Once this large barrier is overcome, the player should make way to Velthomer as quickly as possible while avoiding an engagement with Julia (there are some cliffs in the northwest of Belhalla, player can use a unit with at least 6 movement to bait and circle her around those titles), as she will prove essential later on. Velthomer can be easily subjugated with the use of Arion's dragon knights, who will follow Altenna. The dark bishops will move in order to use their sleep staves on Arion's troops, where they will then be in range of the player's units who should be able to deal with the dark bishops and Manfroy without much trouble. Seliph and Ares with their Holy Weapons equipped can easily overwhelm those bishops and Manfroy due to their very high resistance.

Once Velthomer is captured, have Seliph speak to Julia in order to re-recruit her, then have her visit Velthomer to acquire the indispensable Book of Naga, which has 30 power, grants +20 to skill, speed, defense, and resistance, and nullifies the effects of Julius's Loptous.

When this is done, the player must face the twelve Deadlords. Each possesses 80 HP and considerable capability, but can be easily dealt with using Julia and the Forseti user. Facing them without Holy Weapons on the other hand is very ill-advised due to the distribution of Pursuit, Critical and Adept amongst the Deadlords letting them easily kill your units.

Finally, the player must face Julius wielding the Loptous tome, which grants the user +5 resistance and halves the enemy's attack before applying the user's defense. In most cases, the effects of the Loptous tome will make any attack deal at most only a few points of damage. However, Julia's Book of Naga nullifies the effects of the Loptous tome, enabling Julia to be able to defeat Julius singlehandedly. If Julius is beaten before Manfroy, Manfroy will cease to exist due to the dark power fading and Julia will be free.

Taking Julius down without Julia happens to be a complete nightmare. Even a capped strength unit with a holy weapon will only deal 5 damage, and magic units will be completely unable to deal no more than scratch damage. Altena, with her effectively 40 might Gae Bolg (30 mt + 10 Str bonus), is your best damage dealer, but she tends to get annihilated by Julius' Meteor tome due to her abysmal resistance. Aside from wearing down Julius a few points at a time (which can be very tedious since Julius heals 15 HP at the start of each enemy phase, and he has Wrath, making Seliph is the only reliable damage dealer against him with the help of dancer), the only other way to kill him is to use either the Berserk or the Berserk Sword to inflict Berserk on Gallus and hope he targets Julius and somehow lands a ~30% chance Hel on Julius. Julius is practically certain to kill him on retaliation, so save-scumming may be necessary. Should Hel somehow hit, Julius will get lowered to 1 HP and since all attacks in FE4 do a minimum of 1 damage, absolutely anything that hits Julius will kill him.