The Liberation of Ilia

The Liberation of Ilia 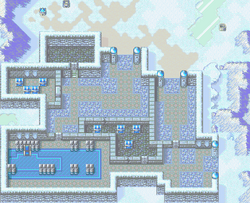 Chapter script
[view]
“After defeating Sigune, Roy headed for Edessa, located in the southeast of Ilia. Castle Edessa, owned by Zelot, leader of the Ilian mercenary knights, once served as the headquarters of the Pegasus Knight squads as well. However, with Zealot gone, Bern saw its chance and attacked the castle, seizing it and forcing the mercenaries and Pegasus Knights into submission. Castle Edessa was Murdock's headquarters, but since Murdock had returned to Bern, Roartz was put in charge. Alarmed by the Etrurian Army's speed in advancing on to Edessa, Roartz hurriedly contacted the various Ilian knight groups asking them for aid. However, their replies were not promising.”
—Opening Narration

The Liberation of Ilia (イリア解放 Iria kaihō) is Chapter 20A of Fire Emblem: The Binding Blade if you take the Ilian route (which happens if by the end of Chapter 16, the experience points gained by Shanna and Thea were more than that of Sue and Sin).