The Rite of Rising

The Rite of Rising 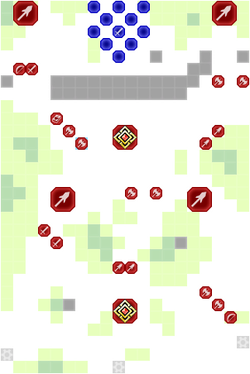 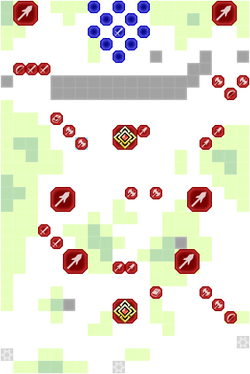 The Rite of Rising/Script
[view]
“It is said that deep underground, below even Abyss, is a place called the Chasm of the Bound wherein lies the Chalice of Beginnings.”
—Aelfric

The Rite of Rising is the third chapter of the Cindered Shadows side story for Fire Emblem: Three Houses.

Taking him up on his offer, Byleth speaks to Aelfric about Byleth's parents, Jeralt and Sitri. Having grown up in Garreg Mach, Aelfric was friends with them both and even attended their wedding. As Sitri lacked the constitution to travel beyond Garreg Mach and died without ever seeing behond its walls, Aelfric implores Byleth to live a full life of travel and adventure in Sitri's stead.

Later, the students are discussing what information they could glean from the captured thieves. Yuri couldn't get much out of them and suspects the thieves don't know much themselves. The only thing made clear is that the thieves are after something hidden in Abyss. Aelfric recalls reading an old partial document about something called the Chalice of Beginnings sealed in the Chasm of the Bound, an artifact of the church said to grant the power to resurrect the dead, created by Saint Seiros and the Four Apostles. Everyone agrees to try to hunt for more information on the Chalice, as it's the only lead they have.

Constance and Balthus want to explore further into the depth of Abyss in search of the Chasm of the Bound, but Aelfric forbids them, warning that it's far too dangerous. Undeterred, Constance convinces everyone to go exploring with her anyway, as she recently found a new pathway had opened. After trekking through the tunnels of Abyss for a few hours, they are just about to call it a day and turn around and go back when Balthus spots an exit.

The team emerge in a closed-off valley far underneath the bridge to the monastery cathedral. Constance is hesitant to step out into the daylight, and when she does, her personality shifts completely to a dour pessimist with no self-esteem. As they discuss her transformation, a golem appears and attacks them. But no matter how many they defeat, more keep coming until the students disarm the trap that keeps summoning them.

After the battle, a rock wall glows with the four Crests of the lost apostles and cracks open to reveal the Chalice of Beginnings. A storm starts to blow in and everyone heads back into Abyss, but they're followed by another, even stronger golem...

The primary goal of this map is to defeat the Golem holding the key that unlocks the three structures at the bottom of the map and then use it to unlock one of these structures. Unlocking the wrong structure will cause reinforcements to arrive while the correct one automatically ends the chapter. The structure in the bottom right seems to be the correct structure to end the map but it may differ.

The first priority should be to defeat the two golems either side of the starting position followed by the enemies nearby. The golems can be difficult so using Gambits will help. Once these enemies have been defeated, attention should turn to the main Golem with the key. This one is very powerful so focusing all efforts on one barrier square to break it and depleting its health is a good option. Another option is to attract the Golem's attention by using your tanks gambit, then break all of its armor, except a single tile. On the enemy turn, the Golem will then attack your tank. On the next turn, you can break the last armor tile, netting you a free attack round with all of your units on the Golem, which should be enough to kill him. Be aware of other enemies as well should they get in range of units.

After defeating the Golem the person with the key needs to get to the correct structure. An endless supply of reinforcements will appear from the bottom. The best advise is to give the key to Constance and get her to the structures as fast as possible while everyone else deals with the enemies. Note that while most golems summoned as reinforcements are much weaker than the one holding the key, some are just as strong or stronger.