The Truth of the Legend

The Truth of the Legend 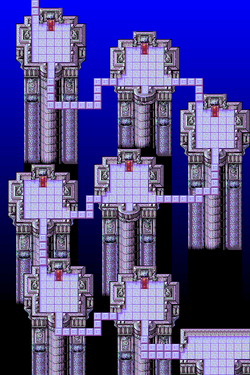 10 (these 10 will be forced participants in the next chapter)

Chapter script
[view]
“After defeating Bern's remaining troops, Roy entered the Dragon Temple. He searched for the Dark Priestess to prevent the same tragedy as the Scouring from happening again. In the temple, Roy was to learn the truth behind the legends that he had always heard. What Roy was about to hear was completely different than what he had always believed to be true...”
—Opening Narration

The Truth of the Legend (伝説の真実 Densetsu no shinjitsu) is Chapter 24 of Fire Emblem: The Binding Blade, and can only be accessed if the player had all the legendary weapons in possession at the end of The Neverending Dream. At the beginning of the chapter, Jahn will appear in front of Roy and they will have ongoing discussions regarding the The Scouring from the dragon's perspective.

This chapter is fairly long, with a total of 7 rooms, not counting the room from which you start, all filled with manaketes, one of which, in each room, guards a throne. After seizing each throne, a projection of Jahn will appear and tell Roy more about the legend of the Demon Dragon, and the next room is unlocked.

It is highly recommended that you save the legendary weapons for this chapter, because of how much easier it will be than without them, and there is no reason to let them go to waste.

After seizing a throne, a manakete will appear from the previous room you were in. This will occur every 2nd turn, for up to 5 dragons. Don't let this surprise you and understand that the chapter will take a long time, with a good many manaketes.

Alternatively, it's possible to simply outrun the reinforcements assuming you can clear each room fast enough. This is most easily done by using a legendary weapon to defeat the manakete on the throne while giving Rutger and Fir wyrmslayers and having them defeat the other two manaketes in each room. After that, simply have Roy conquer the throne to unlock the next room. Since it takes two turns for reinforcements to spawn from each throne and their movement is relatively low, a well rounded team should have more than enough time to work their way through the level without having to fight any of the reinforcements.

After finishing this chapter, the player will go to the true final chapter, Beyond the Darkness, alongside whoever was within the party at that time.

Remember that you're forced to bring Fae, so you can choose only 8 other units.