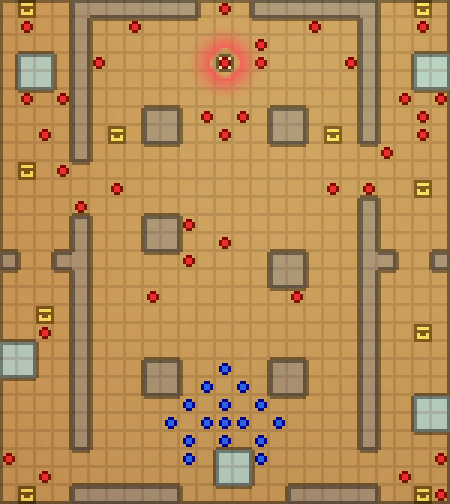 Chapter script
[view]
“Overcoming the returned spirit of Sumeragi, Corrin leads the army into the halls of Anankos. No one is prepared for what will happen within these walls.”
—Opening narration

The Vallite King (我が名は透魔王 Waga na ha Tōma'ō lit. My Name is the Invisible Demon King in the Japanese Version) is Chapter 26 of Fire Emblem Fates in the Revelation Version. This chapter takes place in Castle Valla: Throne Room. Gunter cannot be used in this chapter.

There are plenty of enemies to face in this chapter, along with a plethora of chests scattered around the halls. Endless waves of enemy reinforcements will continually appear from several water pools around the map, which can be blocked by using the Dragon Vein on them. This ice prevents Vallite reinforcements from arriving for up to five turns, after which the ice melts and they start returning again. Corrin and Azura also have special fields surrounding them for this chapter that will heal your units as long as you stand within one of the squares, so having both on the map can allow you to split your army up to handle enemies on each side of the map.

Players should spend their time clearing the enemy and opening all the chests. This is because most of the rewards are usually rare to find elsewhere (as some of these rewards have limited stock in the player's armories and the only other way to get them is through Museum Melee).

One tactic would be to leave a unit near each of the Dragon Veins; one that is capable of using it, so that when the ice defrosts, it can be instantly refrozen again. However, this would decrease the player's army considerably as more patches are sealed. There are 5 patches to seal and the player has a maximum of 16 units, leaving the player with only 11 to defeat the remaining enemies and the boss himself. However, given the relatively weak boss and the permanent cessation of reinforcements, this tactic should not be easily dismissed.

Even though Gunter serves as the boss of this chapter, he is extremely easy to defeat regardless of the difficulty. Despite having Dragonskin (and Status Immunity), he does not have any other skills. The fact that he does not move and is equipped with a Brave Lance from the start also weakens his defenses greatly and a unit using any anti-beast or anti-armor weapons can easily dispose of him.

The reinforcements that spawn from each of the 5 different Patches (Top left, Top, Right, Bottom Left, Bottom, Bottom Right) are always the same for each individual patch. If a Dragon Vein has been used to freeze the Patch, it will instead be unfrozen instead of spawning reinforcements.

The following reinforcements spawn from each of the 5 patches:

The different Reinforcement Patches get triggered in the following order: