The Warrior of Fiana

The Warrior of Fiana 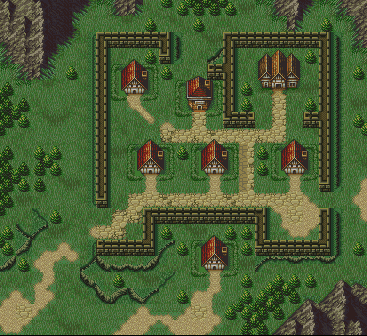 Chapter script
[view]
“Barely escaping the burning of Castle Leonster with his life, the young Prince Leif was looked after by Finn, his knight and retainer. Together with Nanna, a young noblewoman under Finn's care, the trio fled pursuers sent by the conquerors of North Thracia: the Grannvale Empire, which lay to the west. Yet Finn proved stronger than those who hunted them, and the three made their way to the cities of Ulster and Tahra, posing as common vagrants. Eventually, they drifted into Fiana, a small village on Thracia's eastern coast. Fiana was an independent community with its own militia, the Fiana Freeblades, led by the swordswoman Eyvel. Eyvel welcomed Leif's group as if they were her own kin. Under her watchful eye, the deposed prince spent his childhood in Fiana, growing into maturity alongside youths of common birth. Now, in year 776 of the Grannvale calendar...”
—Opening Narration

The Warrior of Fiana (フィアナの戦士, Fiana no Senshi lit. The Warriors of Fiana in the Japanese version) is Chapter 1 of Fire Emblem: Thracia 776. In this chapter, Leif and his allies have to regain control over the village of Fiana, which is occupied by the Thracian army.

With this being an early level, you are almost free to do anything you like to complete. Remember to have Osian visit the House outside the village walls to obtain his personal axe, Pugi. In the house to the south of the boss, Halvan can obtain the Brave Axe. Try to defeat the boss with anyone except Eyvel or Dagdar. It may be easiest with them, but your other characters are in bigger need of experience. Also, you should capture as many enemies possible on this chapter and take their weapons as at this point they will be much needed. Remember to grab lots of Lances if you plan on using Finn and try to take as many Vulneraries as possible as they act as Elixirs from other games, fully restore HP. To defeat Weissman, have Evyel defeat him with the Flame Sword from a distance, Leif with the Light Brand from a distance, or Dagdar or Marty with the Hammer as his Defense is too high for anyone to do real damage to him. If you plan on getting his Long Sword, which is recommended, try capturing him with Dagdar, as Marty is too inaccurate until properly trained in skill. Alternatively, put Osian in Weissman's attack range and rely on critical hits from the Vouge and Osian's high Pursuit Critical Coefficient to defeat him, but be careful of his HP.