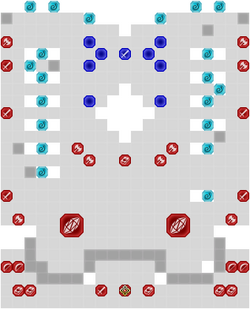 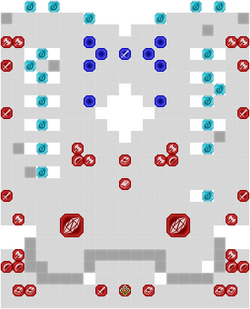 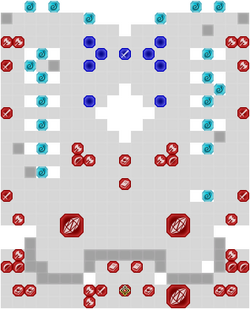 Chapter script
[view]
“Now that you have received sacred power from the goddess, there is somewhere you must pay a visit to at once. You must go to the Holy Tomb so that you may receive a divine revelation from the goddess.”
—Rhea to Byleth

Throne of Knowledge is the eleventh chapter of Fire Emblem: Three Houses.

After Byleth gains Sothis's power, Rhea implores them to sit on the throne inside of the Holy Tomb. Suddenly, the Flame Emperor appears with the intention of raiding the Tomb and stealing the Crest Stones inside.

Events of the tomb differ slightly and the story takes a drastic turn. The future of Fódlan hinges on which house Byleth is instructing. All of these changes begins as the Flame Emperor's identity is finally revealed...

Alois - Can be recruited in the Monastery if Byleth is at least Level 15.

Be warned that this can potentially be the final month to recruit any more students from outside of the Black Eagle house. By the end of this chapter, if the Crimson Flower route is selected, this will be the final month to recruit any remaining students. If the Silver Snow route is selected, they are given one additional month. If Byleth has achieved C+ support with Edelgard, she will ask Byleth to accompany her to Enbarr. Accepting skips the rest of the month straight to the mission, and gives Byleth a choice to access the Crimson Flower route at the end of the mission; rejecting the request or failing to achieve C+ support with Edelgard locks the route to Silver Snow.

If teaching the Black Eagles, Hubert will be temporarily unavailable from any activities for this month, including Tutoring. However, he shall still be given the weekly lessons, despite not being available for anything else.

Additionally, Edelgard will not be playable during this month's mission, functioning as the boss. Unlike Hubert, she can still participate in this month's activities as normal.

If teaching the Blue Lions, War for the Weak must be completed before the end of the month in order for Dedue to be playable in the Azure Moon route.

The units on the stairs move as one group if a player unit enters their aggro zone.

Enemy units will raid the tomb of the Crest Stones there and may or may not raid more than one. The player is tasked to recover as many of them as possible by killing the bandits. If a bandit is carrying more than one Crest Stone, the player will recover all of them upon killing the bandit. Depending on how many are recovered, the player is rewarded with increasingly better rewards.

The most important of these rewards is the Knowledge Gem, which increases the rate at which a character will earn skill levels while equipped. Since one can only get up to two Knowledge Gems during any playthrough, it is highly advisable to ensure that all of the Crest Stones are recovered.