Start a Wiki
Tides of Intrigue 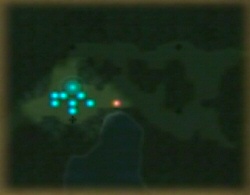 Chapter script
[view]
“In a rural Crimean town, a band of rebels sow the seeds of discontent. They are stopped by Brom and Nephenee, two former Crimean soldiers. However, more uprisings are sure to follow.
Brom and Nephenee decide to travel to Melior, the capital of Crimea, and inform Queen Elincia as to the gravity of the situation.”
—Opening Narration

Tides of Intrigue (陰謀渦巻くInbō uzumaku) is chapter two of Part 2 in Fire Emblem: Radiant Dawn. Leanne and Nealuchi are available again this chapter. The base is available this chapter.

Enemy will receive Halberdier*1, Soldier*1 and Thunder Mage*1 at turn 6