-
[view]
“A fallen race of ancient giants who stalk the living.”
—In-game description from Echoes.

The Titan ( タイタン Titan) is an enemy-only Monster class first introduced in Fire Emblem Echoes: Shadows of Valentia. The reanimated corpse of an ancient giant wields Axes as its weapon of choice and has boasting high Hit Points and remarkable Strength, the Titan most commonly appears in Deliverance Hideout and Fear Mountain Shrine.

In Greek mythology, the Titans were a race of divine giants whose reign was overthrown by the children of Cronus: Zeus, Hades, Poseidon, Hestia, Hera, and Demeter. 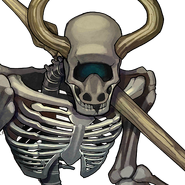 Generic class portrait of a Titan. 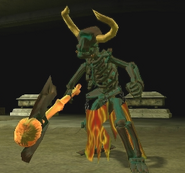 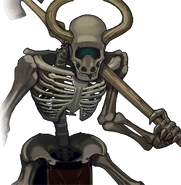