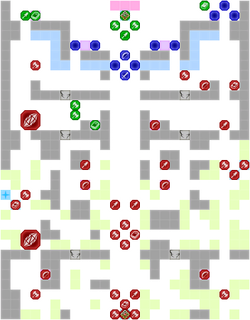 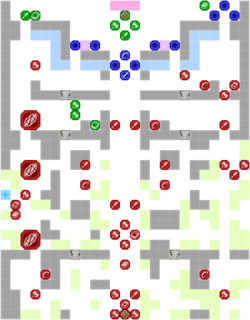 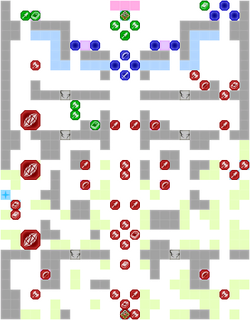 Byleth, Claude and 9 others

Chapter script
[view]
“Teach... Friend... None of those words quite capture what you come to mean to me. We may not be connected by blood, but I believe our bond goes deeper than that. Now that we know each other, our hearts are connected.”
—Claude

To War is the twelfth chapter of Fire Emblem: Three Houses for players who chose to lead the Golden Deer. This chapter serves as the bridge to the Verdant Wind story.

*WARNING!* This is the final month to recruit any remaining characters from the other houses into the Golden Deer. Any student who has not joined the Golden Deer cannot be recruited beyond the battle at the end of the month.

This is the last chapter before a time skip. All weapons in inventories are automatically fully repaired for free after it, so usage of powerful weapons effectively has no drawbacks. On the other hand, no weapons in the convoy are repaired, so it can be a good idea to fill units' inventories with damaged and powerful weapons for this chapter. In the following chapter, only Byleth and Claude are initially available, so making sure they have a good inventory before ending the mission can make the next mission much easier. Claude automatically reclasses to Barbossa the following chapter.