Lucky Seven
Acrobat (FE13 only)
Pass (FE14 only)
[view]
The Trickster (トリックスター Torikkusutā) is a combat/utility physical class that is introduced in Fire Emblem Awakening. Glamorous and elusive phantom thieves, Tricksters are one of the promoted forms of the Thief class, wielding Swords or Bows as their primary weapons of choice. They are also capable of utilizing Staves for support purposes.

In Fates, Tricksters are known as Adventurers (アドベンチャラー Adobencharā) and are treated as a Nohrian class. Like their unpromoted counterpart, the Outlaw, they wield Bows in favour of Swords as their primary weapons of choice, and are also granted the ability to use Staves.

The Trickster class makes a return in Three Houses, featured as a DLC class. A character must be level 20 or higher and have passed the Thief certification to take the Certification Exam using an Abyssian Exam Pass. The recommended level requirements are B+ or higher in Swords and B or higher in Faith. The class gives bonuses to Swords, Faith, and Reason.

Tricksters in this title are similar to Thieves, in the sense that their strong point lies in their high Skill. As a result of being able to use Staves, Tricksters have also gained higher Magic and Resistance growths but are slightly weaker and slower than before. Tricksters are still able to dodge and perform critical attacks well, but are not suited for heavy offence like Assassins are. However, they are by no means a bad class, but are more adept at supporting their comrades through their staves or by being decoys. The two skills Tricksters can learn are Lucky Seven and Acrobat. Due to their high magic, they are also effective in using Levin Swords.

Tricksters act much the same as they do in other games, maintaining their swords and access to magic with a few added bells and whistles. They primarily focus is on speed, and avoiding enemy attacks. Usually they are more deadly during the few turns of combat to their due to their ability the Lucky Seven, which randomly increases when one of their stats, however it is completely luck based on what statue gain and it ends by the 7th turn.

Tricksters also lacked Class growth rates in Strength and Magic, mean that if a character changes into a trickster without a decent growth rates these stats their damage could tank. They have a decent growth rate in speed allowing them to double easily, and with a decent dexterity they can have very decent hit rates. They're likely to take a lot of damage and could possibly die in a few hits if you're not careful, but due to their stability they will not most likely be targeted.

The biggest appeal to using Tricksters is there exclusive combat art, Foul Play, which allows them to switch places with other units within 5 range. This one ability allows them to do a number things such as saving a unit that's nearly death, or provide transportation for units that have low movement, especially armored units. It can be used in a number of situations and is incredibly versatile in its use.

Overall as a whole Tricksters can be described as a Switch Army Knife, providing many options, but not exceeding in them. Their access to many abilities allow them to adapt situations very easily, yet they may have trouble adapting to one specific role in a team. However their exclusive access to Foul Play can provide great support and flexible movement for the rest of units, especially when you mix it with other similar abilities such as Warp, Rescue, Swap, Reposition, Shove, Draw Back, Stride, Dance of the Goddess, and Dance from other units. 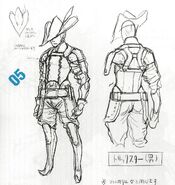 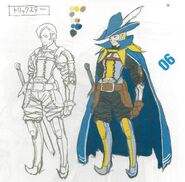 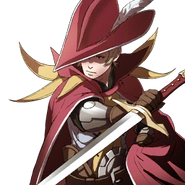