Damages all enemies.
[view]
“Spirits of the earth, heed my call!”
—Incantation of Upheaval in Echoes: Shadows of Valentia

It is a very obscure attack and seems to either be a scripted event or a spell, though if it is the latter it does not appear in any unit's list of magic. It is used by Duma and Jamil. The spell itself damages all units on the map. It is very rarely used and it is possible for the player to complete the game without ever seeing it.

In the remake, Upheaval is properly defined as a personal skill of Jamil and Duma. Its activation is telegraphed by the user becoming shrouded by an ominous purple aura. The following turn, a violent tremor inflicts a random amount between 8 and 18 points of damage upon all player units.

Upheval is the unique Skill C of Duma. It automatically inflicts 7 HP of damage to enemies on Duma's Turn 1. Hence, if used in an offensive battle, Duma immediately inflicts the damage on the Player's Turn 1 while a Defending Duma will activate the skill on the Enemy's Turn 1. The damage will occur before healing by skill such as Renewal or Sparkling Boost.

In addition, if Duma is on a Defense Team of Aether Raid, he will also destroy an offensive structure placed in the same column as himself on Turn 1, so long as the current Blessing Season has Anima in it. 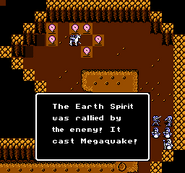