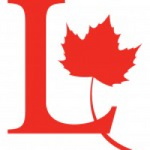 Hey! I'm an active user here. Unlike a lot of people on here I specilize in adding length and detail to articles, I add paragrphs worth of information to lacking articles daily to make them more interesting and useful. I usually build on the basic articles here that have been left as stubs. I have played all of the english released Fire Emblem games and have a vast knowedge on the games.

I origanally became interested in the Fire Emblem series after purchasing Fire Emblem: Radiant Dawn brand new at a store because I was bored and was looking for a new Wii game to play, I choose it simply because it looked remotely like what i liked in a game. Since then I managed to collect Fire Emblem: Rekka No Ken, Fire Emblem: The Sacred Stones, and Fire Emblem: Path Of Radiance (respectively in that order). I have completed all of the games and am working on the bonus features (Support Data, Hector's Hard Mode, etc...) for the games.

I suspose I could ask right here to be made an Admin or Mod or something like everyone else does, which would be nice, don't get me wrong. But that's not why I'm here, I'm here to make this site a great resource to Fire Emblem players. Although I wouldn't mind that at all XD.

I am Canadian and live in Canada, the big peaceful country with the leaves and the beavers and the hockey. I am currently in Secondary School (Highschool) and am writing a novel. If you somehow find out I'm on feel to message me or something... I'm bored...

I do many Chapter descriptions that can be found here:

List of chapters in Fire Emblem: Fuin no Tsurugi

Articles I have worked on (I only list those of which I have written over 80% of). The Pages are organized here by what they are:

Staples Of The Series:

Retrieved from "https://fireemblem.fandom.com/wiki/User:Colm?oldid=507589"
Community content is available under CC-BY-SA unless otherwise noted.