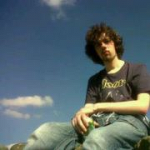 Hi, my name's Jacob. My first Fire Emblem game was Path of Radiance, which I got after finding out about Fire Emblem in Super Smash Bros. Melee, and it quickly became one of my favourite games. The characterisation and storyline are all very interesting - it was just like reading a book, only in some ways more exciting.

After being very impressed by FE9, I went on to get FE8 Sacred Stones, and then FE7, and also found these very enjoyable. These games brought the whole series up onto my favourite list, and I've followed the series since then.

My favourite Fire Emblem game is Radiant Dawn because it has the most expansive, developed and interesting story, and its gameplay elements are much improved over previous games. Also, all my favourite characters from my first FE game were there, and I got to find out that my favourite character Soren was...well, I don't want to spoil it for anyone who hasn't finished the second playthrough and met the requirements for the special conversation at the end.

Retrieved from "https://fireemblem.fandom.com/wiki/User:Murdokdracul?oldid=89806"
Community content is available under CC-BY-SA unless otherwise noted.